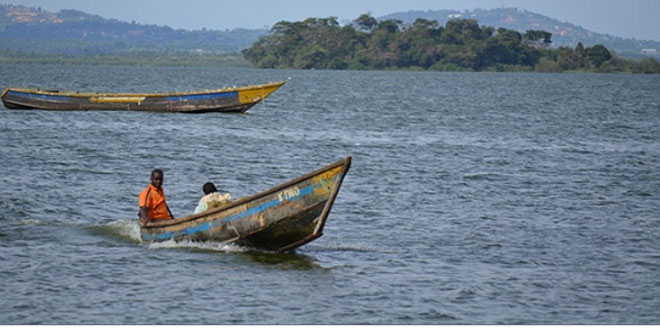 Kampala, Uganda | THE INDEPENDENT | Tension is building at Kasensero landing site in Kyotera district over the glaring differences between Uganda fishermen and their Tanzanian counterparts with whom they share much of Lake Victoria waters.

The hostility between the Uganda and Tanzanian fishermen stems from the ongoing operations against illegal fishing practices by both countries.

Peter Kaali, a prominent fisherman at Kasensero landing site accuses their Tanzanian counterparts of mistreating them whenever they find them on the waters.

Kaali explains that many of their fishing gears including boats, engines, fishnets and sometimes their fish catch are confiscated by Tanzania fishermen backed by armed personnel who accuse Ugandans of fishing beyond their territory.

He says the Tanzanians often stage ambushes at Mabiro, about 16 kilometers North of Bukoba Town in Tanzania where they arrest Ugandan fishermen and torture them.

Kaali argues that despite using illegal fishing gears, Tanzanian Fishermen often cross up to Kasensero landing site in Uganda where they fish with impunity.

Lawrence Muganga, the Chairperson of Fishermen at Kasensero Landing site, says local fishermen have started retaliating against the Tanzanians they find fishing on the Ugandan side because of failure by the authorities to address the problem.

He says the growing hostilities between the two groups have often resulted into violent clashes especially at night, warning that the situation might escalate unless the authorities act.

The Ugandans are reportedly locked up in Bukoba prisons. He claims that their efforts to restore normalcy between the warring parties have failed to yield results.

An officer attached to the Marine Police Unit deployed at Kasensero landing site told on condition of anonymity so as to speak freely told URN that fishermen from either sides treat each other as adversaries and are always fighting.

He says they are also overpowered by their Tanzanian counterparts who carry more sophisticated equipment. The source said they have made a report to higher Police authorities who they expect to initiate high level discussion about the situation.

Robina Ssentongo, the Kyotera District Woman MP, says she formally petitioned the parliamentary committee on East African Integration recently asking it to look into the complaints of Ugandan fishermen.