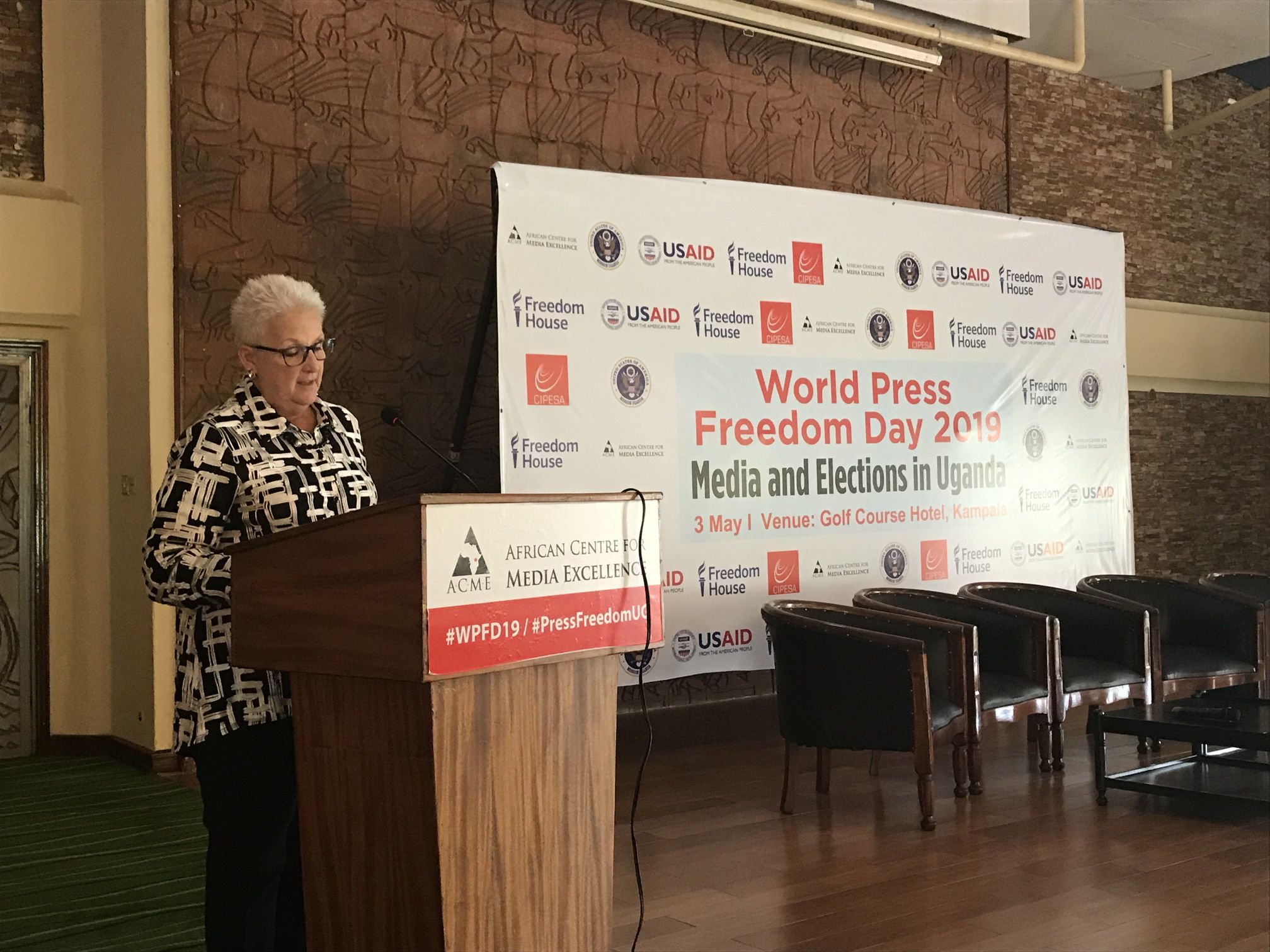 The U.S Ambassador to Uganda, Deborah Malac has said press freedom in Uganda is under assault adding that the situation is getting worse.

On the front of regulation, she said the conduct of UCC has also infringed on the freedoms of the media.

She cited the recent directive by UCC to 13 radios and televisions to have their senior staff suspended for broadcasting content relating to Monday’s arrest of opposition politician, Bobi Wine.

The Ambassador faulted UCC for not specifying which content they claim did not meet minimum broadcasting standards.

“What does minimum broadcasting standards even mean?  It appears that TV and radio stations are under assault from the government simply for doing their job of reporting live news”.

“Many media houses and radio stations have been closed recently based on content they have broadcasted,” she said.

Mala, also alluded to the recently proposed new regulations by government that would significantly restrict freedom of expression for artists.

“I could go on, but the point is that sadly, when it comes to press freedom in Uganda, things are getting worse,” said the Ambassador.

“We must use our collective influence to urge the government to improve its record.  Today, as we have done in the past, the United States strongly urges the Ugandan government to take action to protect and defend press freedom, and to hold individuals who violate this freedom accountable”.

She also urged all political leaders and citizens to advocate for the protection of journalists and their vital role in a democracy.  There has to be more of a public outcry when we see flagrant abuses of journalists occur, Malac said.

The Ambassador said infringements on the media and freedom of information send the wrong message to Ugandans  at a time when more and more Ugandans want a say in how their country should be governed.

Government censorship combined with media self-censorship means that citizens are getting less truthful and less accurate information than they deserve, she said.

To the journalists and news editors, Ambassador Malac appealed for reporting that is fair and factual.  She also urged them to make sure they fact-checking their work and quote officials accurately.

“These are the types of best practices that will bolster your credibility, preserve the reputation of journalists in Uganda, and earn the trust of the Ugandan public.  I also encourage you all to form strong media unions that will advocate for your rights”.

In Reporters Without Borders’ 2019 World Press Freedom Index, Uganda dropped 8 places to a ranking of 125 out of 180 countries in the world, compared to 117 the previous year.