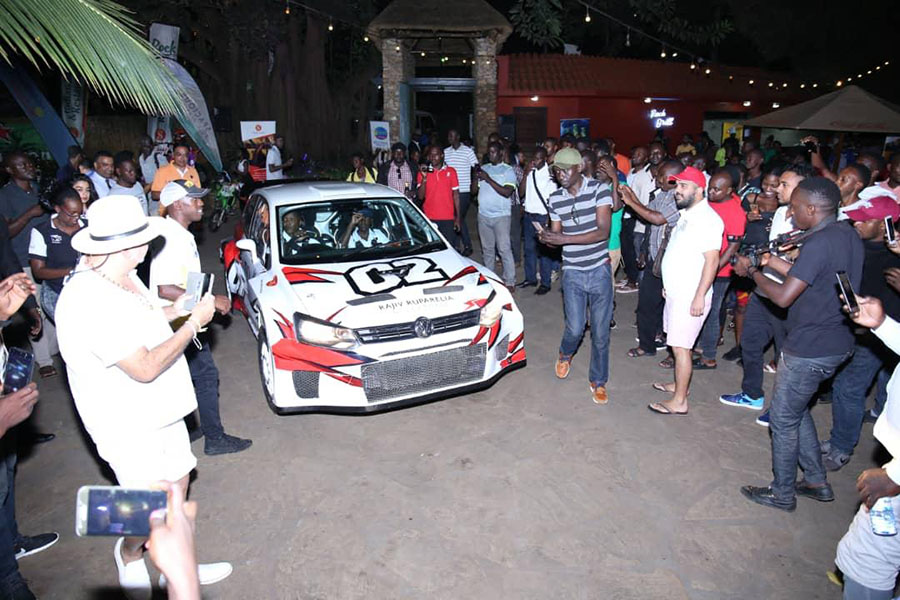 Rajiv Ruparelia, son business mogul, Sudhir Ruparelia, on Saturday made a loud and clear statement to those in the motorsport fraternity: “Here I come.”

It is a hybrid type car. It has a 2.0 litre engine with a turbo charger and has four wheel drive. The car was built in Poland.

Present at the ceremony were journalists, members of the business community, Rajiv Ruparelia Fans team and his father, Sudhir.

It was also a meet and greet ceremony where members of the motorsport fraternity led by Ronald Sebuguzi and Dan Mubiru aka Kikankane welcomed Rajiv into motorsport.

Rajiv has experience in other fields such as quads, motocross bikes and buggies as well as tarmac driving.