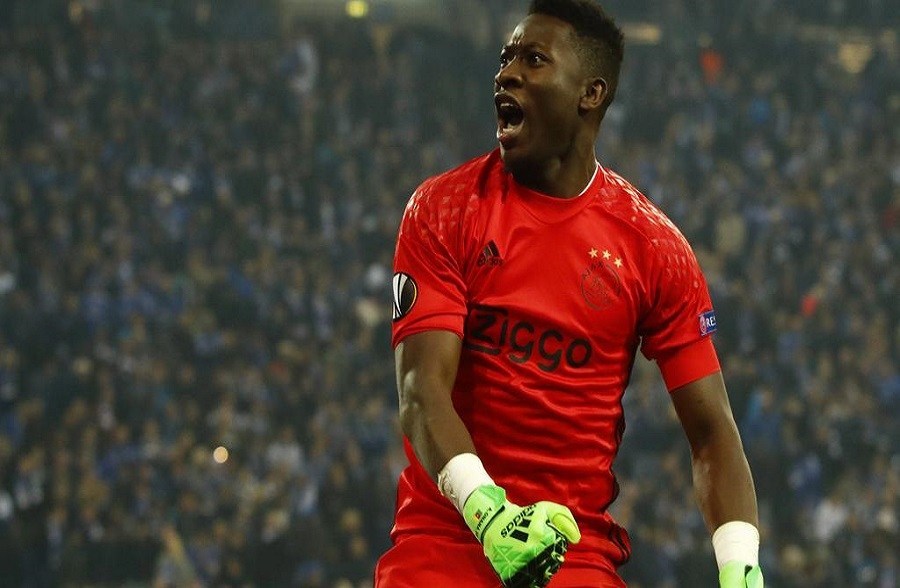 Ajax and Cameroun goalkeeper Andre
Onana has revealed why there are no black goalkeepers in Europe.

The former Barcelona B custodian has
featured in all UEFA Champions League matches for the Dutch side this season
and is one of the few in world football that has kept goal for one of the top
European clubs.

“I don’t see the difference between
white and black goalkeepers,” Onana told BBC
Sport. “They’re the same – they make mistakes. I make mistakes, everyone
makes mistakes. Black keepers need to prepare well because it’s not easy for
us,” he added.

The custodian, however, feels something needs to change although he admits it’s not easy.

It’s something we have to change. It’s not easy for us to arrive at that level especially when you are black but for me it really doesn’t matter – black or white, in the end, I am a goalkeeper.

Onana hails from a country that has
produced goalkeepers that have graced Europe with legends Joseph Antoine Belle who
played for France’s biggest clubs; Marseilles, Bordeaux and St Etienne.

At the moment, Onana and his cousin Fabrice Ondoa who plays for Belgian side KV Oostende are now carrying the Black goalkeepers’ flag in Europe.