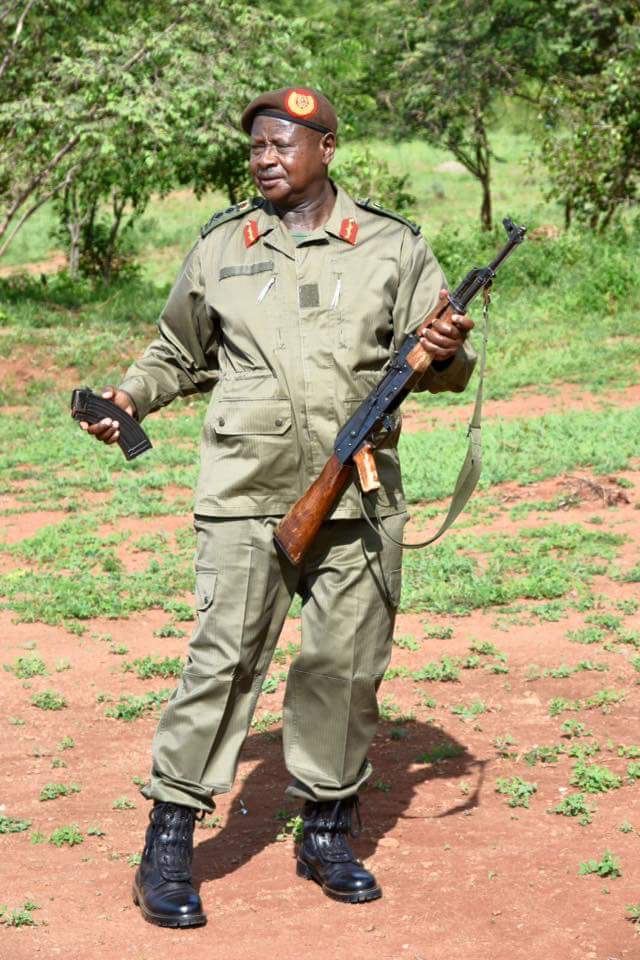 President Museveni has warned that people who plan to destabilize the country risks losing their lives.

The president made the remarks yesterday evening while speaking at the launch of a book highlighting the achievements of the Muslim community under the NRM regime, at Kasangati Ssaza grounds .

“If you’re tired of life, try to destabilizie Uganda.”

The president said that because the country paid a high price for the stability it country enjoys, his government won’t spare anyone who tries to bring instability back to the country.

The president’ remarks also came on the heels of a similar message he posted on his social media pages on Friday evening, criticizing opposition politicians for trying to hold political gatherings in a way that destabilizes the country and warning the m that the government would deal with them.

“If you want to hold a public meeting (olu kungana) or a procession (ekivulu) for a legitimate reason, you should liaise with the Police, so that your public meeting or your procession does not endanger the lives of other Ugandans or the safety of their property. You agree with the Police on the route, if it involves a procession, or the venue if it is an event or a rally. The problem we have with some elements of the opposition is that they ignore this. They want to hold meetings or processions near markets or through crowded streets. This one we cannot allow,” Mr Museveni said in the statement that was posted on his website and social media platforms.

In the same post the president stressed that politicians should only hold gatherings for ‘legitimate reasons.’

“If it is to preach hate, to decampaign investments in Uganda etc., then we shall not allow you. Those who have ignored this logic have paid a heavy price,” he added in what is perceived as a veiled criticism of opposition politicians like Dr Kizza Besigye, his four time challenger and Kyadondo East MP Robert Kyagulanyi alias Bobi Wine, whose respective public rallies, radio talk shows and music concerts have of recent been cancelled by authorities with police saying they are in contravention of the law.