Stop the use of non-bonafide students in Institutional games, legislator Musoke appeals to schools 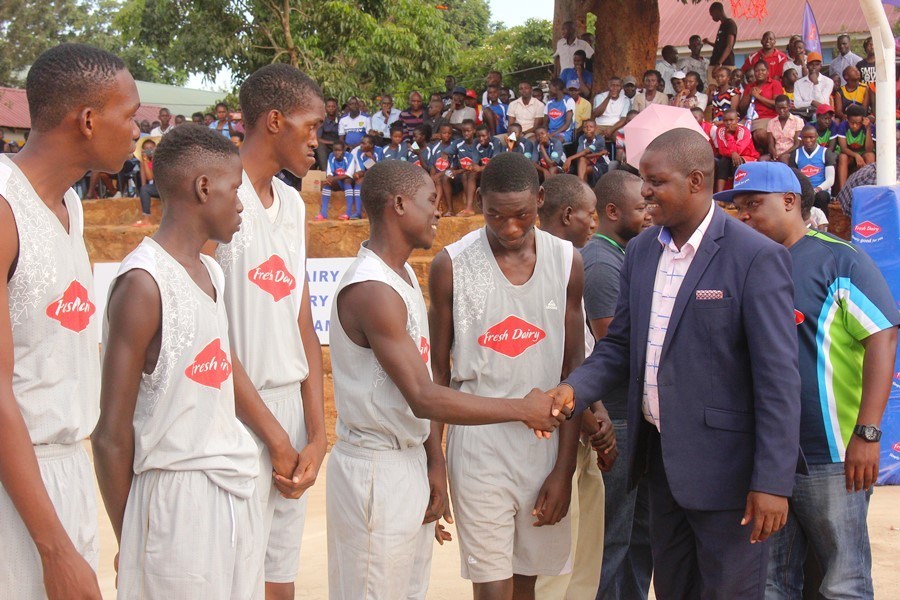 Budiope West Member of Parliament Robert Musoke, also a member on the education and sports committee has strongly condemned the use of non-bonafide students in school sporting competitions.

Musoke was officiating at the
official opening of the 2019 Fresh Dairy Secondary School games at Mbale S.S on
Monday as chief guest.

Addressing the participants, head
teachers, local leaders and invited guests, Musoke urged the schools to avoid the
use of illegible students as it kills the spirit of talent development and
competitiveness.

The official opening of the week-long
games that include football (girls), rugby 15’s (boys), lawn tennis, table
tennis, basketball, badminton and hockey (either gender) was held on Monday.

Omoth also confirmed the three bursaries that will be given to the best three sportsmen in basketball (two) and rugby at Strathmore University in Kenya.

We are so grateful of the sponsors for these games (Fresh Dairy) for the financial support given towards the smooth running. We are humbled for the positive cooperation of all the schools that have prepared good teams

The games started on Sunday and will
climax this Saturday with the best schools eyeing slots to the 2019 East Africa
Secondary school games in Arusha, Tanzania.

A total of 140 schools are in
contention.

In some of the early games on Monday,
Buddo S.S continued with their dominance in girls’ basketball with a 50-19
victory over Seroma Christian High School.

St Noah Girls smiled 4-1 over Biyaya
from Adjumani with Sandra Kisakye, Rhoda Nanziri, Atiba Namaganda and Aisha
Nantongo all scoring for the Zana based school.

The games continue on Tuesday with
match day three in all the sports.