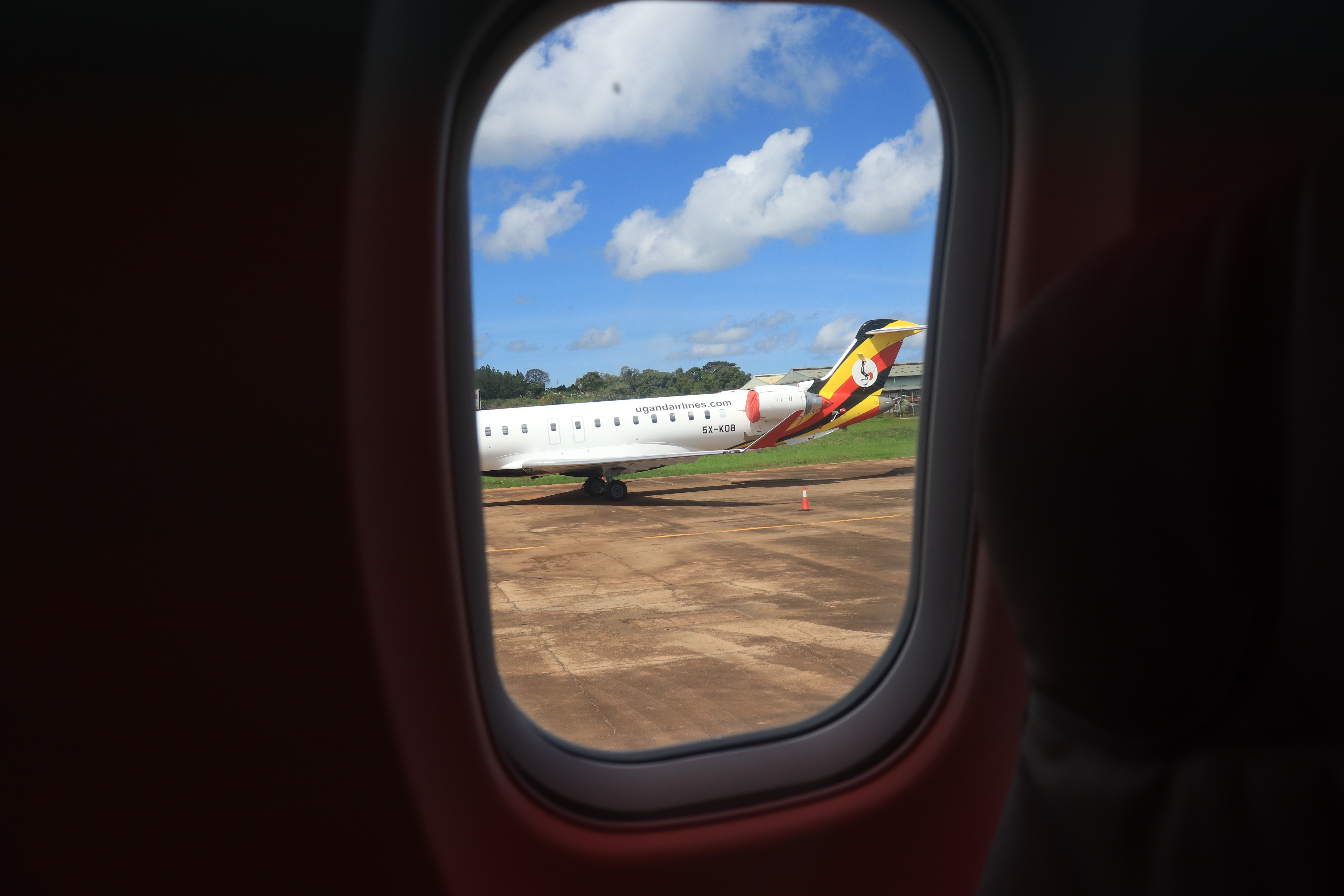 Canadian aircraft company, Bombadier Incorporated is set to pay Uganda Airlines an unspecified amount of money for showcasing its newly acquired CRJ900 jetliners to different markets across the African continent and the world.

As part of the efforts to the revive the national carrier which had been grounded for 20 years, Uganda last month received two of the four CRJ900 jets, which are new generation aircraft that Uganda Airlines is the first in Africa and second on the entire world to acquire.

Addressing journalists at Entebbe on Monday, the Uganda Airlines Technical Advisor,Cornwell Muleya said the Canadian company has hired the two aircraft to showcase them for their own benefit in various countries in a bid to get more customers across Africa.

“They hired our aircraft to showcase in other countries. They have been to South Africa, Congo, DRC, Ghana and Nigeria,”Muleya told journalists.

According to Jennifer Bamuturaki, the Uganda Airlines Commercial Director, flying to the destinations will help the country earn some revenue but also market the national carrier.

She noted that by July when the aircraft start operations, the national carrier will have been marketed by the Bombardier Company which is also in turn marketing the new aircraft for other markets on the African continent.

However, when asked about the amount that the Canadian company will pay for hiring our jetliners, the Uganda Airlines officials remained tight lipped.

Following the delivery of the first batch last month, two more CRJ900 Bombardiers will be delivered to the country in July and September respectively.

According to the Canadian company in 2007, the CRJ900 NextGen aircraft were launched to replace the initial version and their improvements and conic nozzle enhance fuel economy by 5.5%.

The Bombardier CRJ-900 has a seating capacity of 76 whereas the main cabin has 44 seats measuring 44cm/76cm (Width/Pitch).

The CRJ900 atmosphere cabin is the first of its kind in Africa and the second in the entire world.

The officials said in the next 90 days, they will be completing the five stages before the air operating certificate is issued for the national carrier to start flying.

The revival of the Uganda Airlines was kickstarted with a feasibility study by the National Planning Authority over three years ago and this reviewed the successes and failures of airlines globally with a bias on Africa and putting in consideration the failure of the previous national carrier.

The report claimed that government loses $540m annually to passengers coming and leaving Entebbe airport using other carriers and thus recommended that with the revival of the airline, Uganda would generate revenue of the same figure in a 15-year period off operational and investment costs.

The National Planning report also recommended the CRJ 900 and Airbus A300-200 series as the most appropriate aircraft types for regional and international operations.

The airbuses are yet to be delivered.

President Museveni recently said the revival of the national carrier will increase the number of tourists coming to Uganda.

“The number of tourists coming to Uganda has been increasing over time despite several stopovers in Dubai, Addis Ababa, Nairobi and Kigali. Then what will happen if they can fly directly to Uganda?”