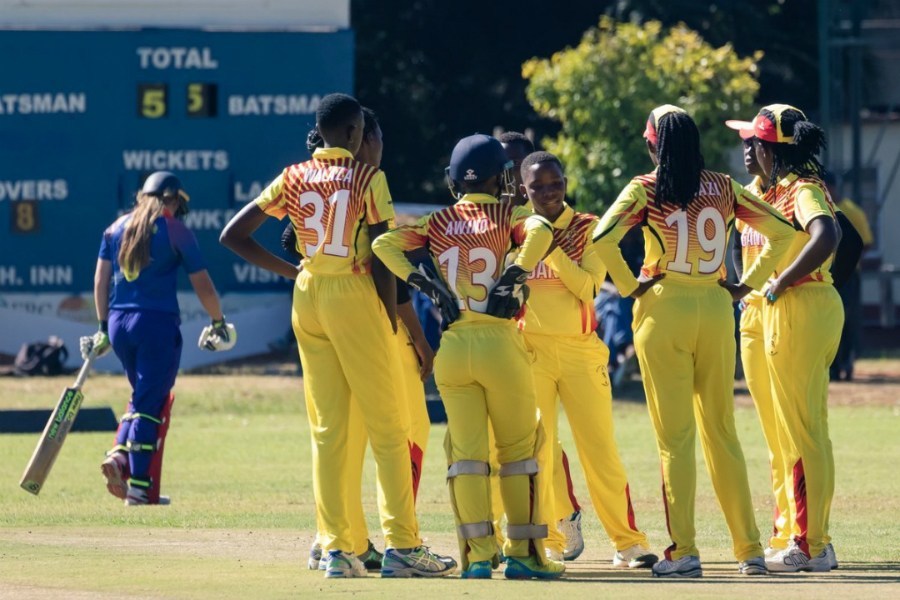 Namibia condemned Uganda to a 15 run loss to vaporize the World Cup hopes of the Lady Cricket Cranes.

Uganda who were placed in a difficult Group B could not afford any slip-ups if they were to make the finals and defend their African title won two years ago.

Uganda won the toss against Namibia and chose to field first but Namibia made them rue this decision as they piled on the runs.

Namibia was also fortunate as Uganda failed to hold onto their catches in the filed with Franklin Najjumba and Immaculate Nakisuyi guilty of putting down simple catches.

In the chase, Uganda failed to get going with Namibia using its slow bowlers during the power play.

With the asking rate climbing, Naomi Kayondo asked a few questions of the bowling but once she lost her wicket only a late charge by Stephanie Nampiina (25) made the game close eventually Uganda falling short by 15 runs.

The loss has dented the hopes of Uganda making the finals and have a shot at the World Cup.

Uganda will be relying on Sierra Leone doing them a favour against Namibia coupled with a big win for Uganda against Kenya.