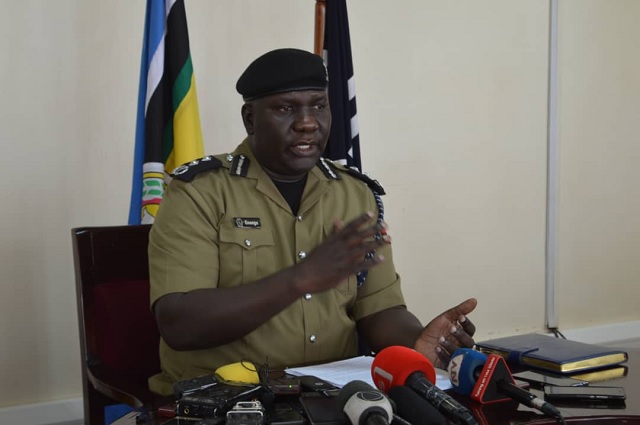 Kampala, Uganda | THE INDEPENDENT | Police officers who smashed the vehicle of the Kyadondo East MP, Robert Kyagulanyi aka Bobi Wine on Easter Monday will face the Police Disciplinary Court for excessive usage of force.

The officers from the Field Force Unit-FFU smashed Kyagulanyi’s vehicle along Busabala Road on his way to his One Love Beach for the Kyarenga Extra Concert.

Recently, President, Yoweri Museveni publically condemned the incident. “I also disapprove of the method the Police used to break the glass of Bobi Wine’s car. They should have towed the vehicle to wherever they wanted him to be,” Museveni told a rally in Gayaza in Wakiso district over the weekend.

As a result, the Professional Standards Unit-PSU is currently reviewing the video clips captured during the police operation so as to summon the affected officers to the Police Disciplinary Court to answer for excessive use of force.

Police Spokesperson, Fred Enanga, says they can’t ignore the president’s statement since he is the commander in Chief of Armed Forces.

Enanga disclosed that police will use its internal mechanisms based on the President’s concerns and take a decision. This is not the first time police officers have a smashed the vehicle of an opposition politician.

During the 2011 Walk to Work protests against the high inflation in the country, Police smashed the vehicle of Dr. Kizza Besigye at Mulago roundabout and pepper sprayed him in the face. Dr. Besigye was rushed to hospital before he was airlifted to Nairobi in Kenya for better management.

Despite the fact that the incident drew wide condemnation both locally and internationally, none of the officers involved was punished even video footage showing the brutality went viral on social media.