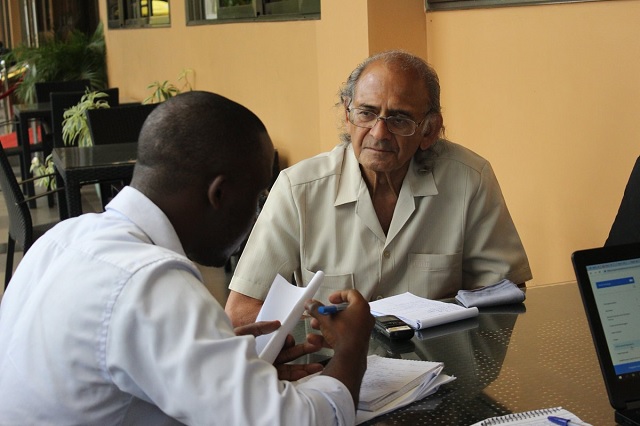 Kampala, Uganda | THE INDEPENDENT | Prof. Yash Tandon, a member of the famous gang of four has urged president, Yoweri Museveni to behave like a “Mwalimu” (teacher) by nurturing and handing over power to the young generation.

The gang was an influential group of academics including Prof. Tandon, Prof. Edward Rugumayo and the late Prof. Omwony Ojok and Prof. Dani Wadada Nabudere that were instrumental in establishing the Uganda National Liberation Front-UNLF.

Prof. Tandon has worked at different levels since the 1960s as an academic, teacher, political activist and thinker and is well versed with Uganda’s politics and political change.

He is a professed socialist. Prof. Tandon is set to launch his book titled “Common People’s Uganda” later today at Hotel Africana in Kampala. The book is a Marxist-socialist manifesto of sort that he presents to Uganda as a panacea to the current ill.

According to Prof. Tandon, Ugandans need a national dialogue uniting all political forces. He says the dialogue should structure a two year transition government, through which, President, Museveni should prepare to hand over power to the young generation.

Museveni, who has been in power since 1986, has sent out all indications that he is not about to hand over power. The constitution was amended in 2017 to scrap the 75year age limit cap for presidential candidates to pave way for Museveni to seek another term of office.

Museveni has since secured the endorsement of the Central Executive Committee of his ruling National Resistance Movement-NRM as the soul party candidate head of the 2021 elections. He euphorically accepted the endorsement.

However, Prof. Tandon, says time is up for Museveni.  He scolds Uganda’s opposition for the endless clashes within their ranks instead of combining forces.

He however, urges Ugandans not look at Museveni as the chief enemy, saying the enemy is neo-liberalism summons by western institutions such as the International Monetary Fund, World Bank, World Trade Organisation (WTO) among others, which have captured Uganda specifically and Africa in general.

A united Uganda, he argues is what is needed to fight western imperialism. He also argues that political leaders should unite to broach a socialist vision that works for ordinary Ugandans.