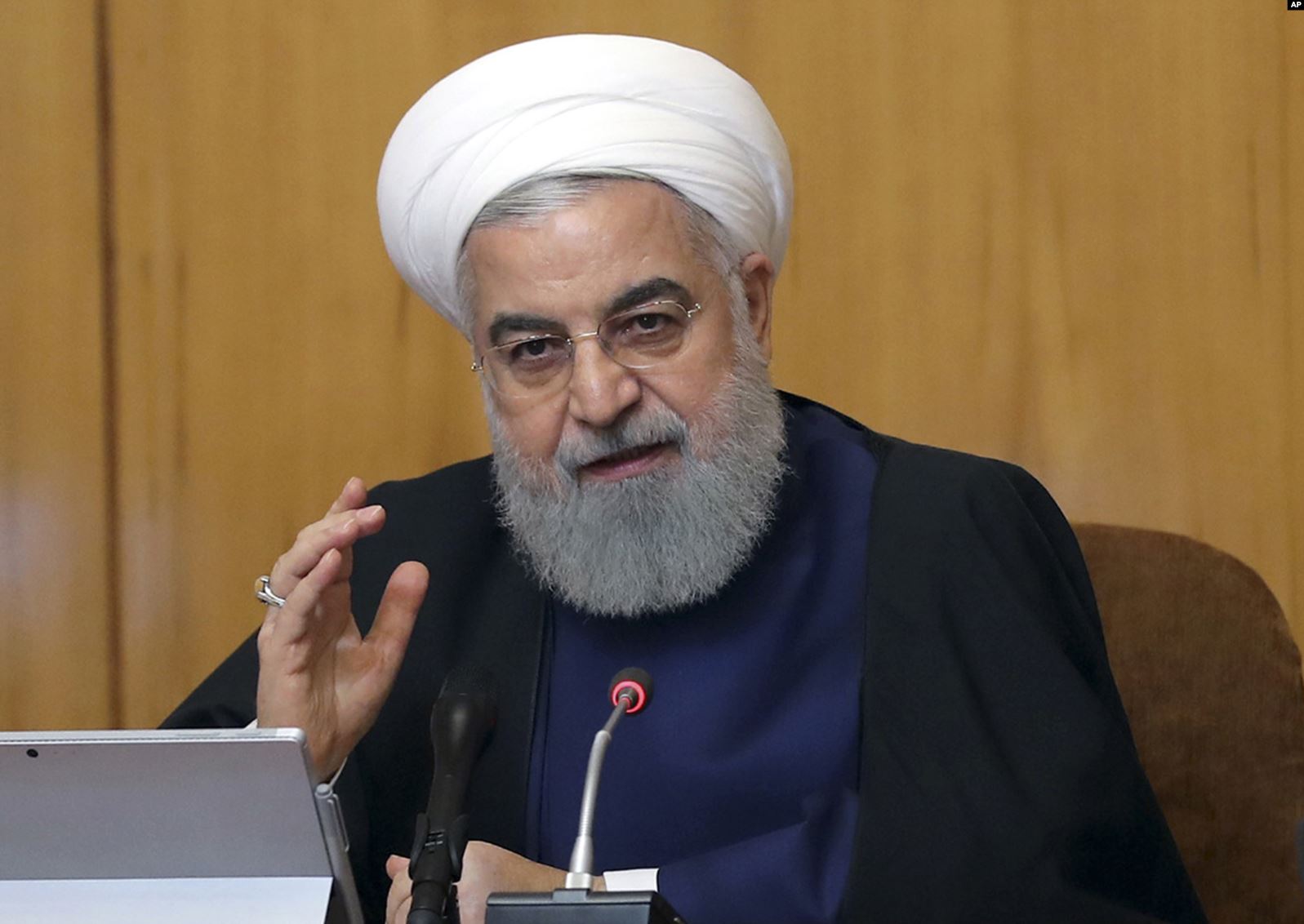 Iran’s semi-official Tasnim news agency has quoted a top commander in Iran’s Revolutionary Guard as saying Tehran will not negotiate with the United States. The statement follows U.S. President Donald Trump’s indirect invitation to Iranian leaders to give him a call.

But Tasnim on Friday quoted General Yadollah Javani as saying “there will be no negotiations with America.” He also said the United States would not dare to take military action against Iran.

Acting U.S. Secretary of Defense Patrick Shanahan on Friday told reporters Iran needs to understand that an attack on the United States “will be met with an appropriate response.”

On Thursday, the USS Abraham Lincoln aircraft carrier strike group and four B-52 bomber aircraft arrived in the Middle East region after concerns Iran may be planning an attack against American targets.

The bombers are now positioned at the al-Udeid Air Base in Qatar, a defense official confirmed on condition of anonymity.

The request for more military assets in the Middle East was “in direct response to a number of troubling and escalatory indicators and warnings” from Iran, CENTCOM commander Marine Gen. Kenneth “Frank” McKenzie said Wednesday in Washington.

Air Force Chief of Staff Gen. David Goldfein told VOA the swift military movement “sends a message that we can face any threat at a time and place of our choosing.”

Asked to elaborate the latest threat assessments, Brian Hook, State Department special envoy for Iran, said only that the U.S. is “responding to credible intelligence reports that Iran was actively plotting attacks against American interests and our partners in the region.”

“I can’t get into the specific intelligence that we’ve seen, but we had multiple credible threat streams coming in,” he added. “We took a look at those and then we repositioned our military assets and put more assets in the region to make sure that we were ready to defend Americans in the region and to defend our interests from danger.”

On Thursday, U.S. officials speaking on condition of anonymity described one piece of intelligence which concerned U.S. officials: an Iranian vessel transporting missiles that, one of the officials said, was capable of being fired from a small ship.

Hours later, the U.S. Maritime Administration issued an advisory that commercial vessels, including oil tankers sailing through key Middle East waterways, could be targeted by Iran.

Europe in the crossfire

The American military assets arrived in the Middle East as European leaders denounced threats from Iran that it would stop curbing its nuclear program, a move that would breach a landmark global agreement.

Hours before new sanctions were imposed Wednesday by the United States, President Hassan Rouhani said Iran would enrich uranium beyond allowable limits if European leaders didn’t come up with a plan to protect Iran from the sanctions within 60 days.

Britain, France and Germany, which signed the 2015 deal along with the United States, China and Russia, have long been determined to show they can compensate for last year’s U.S. withdrawal from the accord byprotecting trade with Iranand thereby preventing it from developing a nuclear bomb.

But with Iran’s economy dependent on crude exports that are traded in U.S. dollars, a promised European trade channel to bypass American sanctions has proved complicated, is not yet operational, and may never be able to handle oil sales.

“We reject any ultimatums and we will assess Iran’s compliance on the basis of Iran’s performance regarding its nuclear-related commitments,” the European Union and the foreign ministers of Britain, France and Germany said Thursday in a joint statement.

Despite the U.S. withdrawal, President Donald Trump introduced new sanctions Wednesday on Iranian metal exports, major sources of revenue for the western Asian country. The U.S. had previously slapped sanctions on Iranian oil, which have devastated its economy.

The sanctions have created a quandary for Washington’s European allies, which have said they share concerns about Iran’s behavior but believe Trump’s strategy will likely backfire.

U.S. special representative Hook has acknowledged that European allies are at odds with the administration over the nuclear deal, but defended the current White House strategy.

“Getting outside of the deal allowed [the U.S.] to put in place our oil and banking sanctions that is having a very positive effect on Iran’s foreign policy,” Hook said. “Europe shares our threat assessment. They disagree with us about the Iran nuclear deal. That’s okay.”

Since vacating the 2015 deal, the U.S. has “sanctioned almost 1,000 Iranian individuals and organizations,” Hook told VOA.

“As a consequence of all of these sanctions — the oil sanctions, banking, all of this — this year alone Iran had to cut its defense spending, its military spending by 28 percent.” he said. “Last year they cut it by 10 percent. Their military spending achieved record highs because they took the sanctions relief and they spent it like they always do, on their military and on terrorism around the Middle East. So we’re in a much better position now and I think we have increased Iran’s diplomatic isolation.”

Since the U.S. vacated the nuclear deal, he added, even European officials “have imposed sanctions on Iran … expelled ambassadors” and limited “visa-free travel.”

“And Germany recently denied landing rights to Mahan Air, Iran’s second largest airline,” he said. “That’s just a quick summary of all the actions that Europe has taken over the last year since we’ve left the deal.”

But some analysts say in an increasingly isolated Iran is precisely what poses the greatest threat to global nuclear security.

“We not only disrupted an international arms agreement that Iran was complying with, we’re also getting into a rift with our European allies. And we’re moving Iran closer to Russia,” Dr. Dalia Dassa Kaye, director of the Center for Middle East Public Policy at the U.S.-based RAND Corporation, told The New York Times.