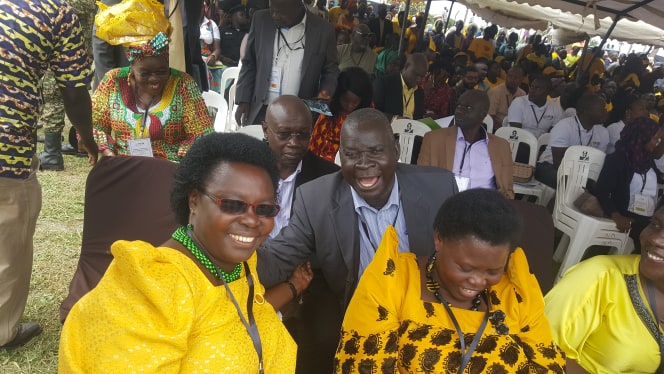 President Yoweri Museveni is Saturday expected in the West Nile district of Koboko where he will be launching Phase IV of the National Backbone Internet Infrastructure (NBI).

The President was last in the region in August of last year during the heated parliamentary campaigns in neighboring Arua district, where he was allegedly attacked by a group of opposition supporters.

The violence led to the arrest of three members of parliament and dozens of opposition  supporters who were charged among others with treason.

One of the MPs, Hon Kassiano Wadri (the eventual winner the Arua Municipality MP seat) – is among the guests expected today to welcome President Museveni in Koboko for the NBI launch.

The objective of the National Data Transmission Backbone Infrastructure and e-Government Infrastructure (NBI/EGI) Project is to provide connectivity to Government Ministries and Departments in the country.

The completed three phases involved the laying of Optical Fiber Cable across the country to all major towns and transmission stations.

Phase I connected (168Km of Optical fiber cable) linking the towns of Entebbe, Mukono, Jinja, Bombo to Kampala and also covering 27 Ministries and some Government Departments.

In Phase III NITA-U completed the extension of the NBI to the towns of Masaka, Mutukula border post, Mbarara, Kabale and the Katuna Border Post.

The Phase IV being launched today is also expected to reach the three border points of Uganda at Oraba with South Sudan, Vurra and Mpondwe with DR Congo that are going to be connected to the ICT backbone for regional connectivity and to enhance the redundancy of the NBI.

The Minister of ICT and National Guidance, Frank Tumwebaze and State Minister for Primary Health Care, Moriko Kaducu are among the government officials already at the venue in Koboko town.

Government secured funding for the implementation of the National Data Transmission Backbone Infrastructure and e-Government Infrastructure (NBI/EGI) Project in the financial year 20006/2007.