Andrew Mwenda: Museveni is a more liberal and more democratic leader than Bobi Wine and Besigye 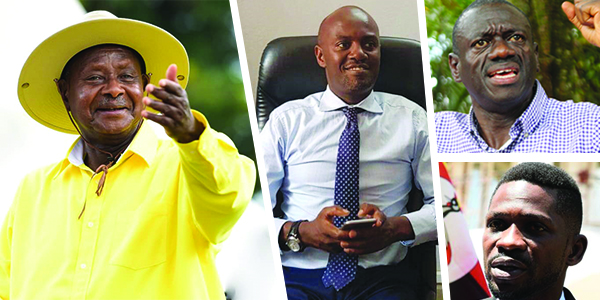 Mwenda is of the view that the “dictatorship” that Dr. Besigue and Bobi Wine ‘claim to fight’ is actually more democratic than their own proven behavior. A that although sometimes the need to protect power forces President Museveni to act violent, he is largely more respectful to human rights than the two opposition titans.

“In their pursuit of power, Bobi Wine and Besigye have mobilized groups that are intolerant of dissent, violent and uncouth. They do not recognize honest difference of opinion. Anyone who disagrees with them has been bought by Museveni,” Mwenda reckons.

“If they can
act like this out of power, what would they do when they gain command of the
repressive instruments of the state – the army with its tanks, the police with
its teargas and water canons?” Mwenda wonders.

Mwenda believes that Museveni is more engaging than most of the leaders not only in Uganda but across Africa.

“Museveni has always been consistent in ensuring debate. He visits radio stations and appears on radio and television talks shows like Capital Gang where he debates his opponents. Few presidents in Africa do this,” the journalist says.

While still at it Mwenda says that he holds Nobert Mao and Mugisha Muntu in high esteem because they portray more liberal values than any other opposition leader.