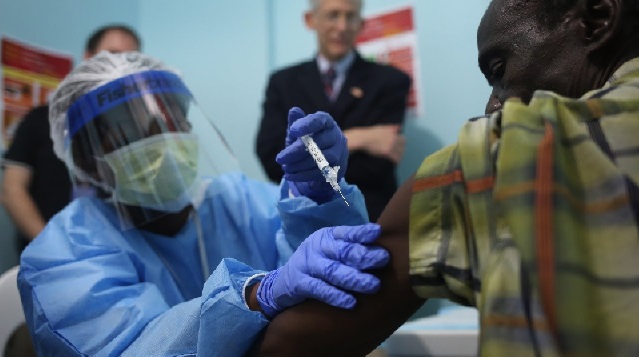 Kampala, Uganda | THE INDEPENDENT | Ebola Surveillance teams in Kisoro district have resolved that the Bunagana and Chanika border posts will only be operational during day time, in order to control the clandestine movement of people from Ebola infested areas.

The borders connecting Uganda to the Democratic Republic of Congo and Rwanda respectively have been operating all day and all night. However, surveillance teams argue that this gives leeway to people fleeing violence from the Ebola-hit regions to cross freely into Uganda, at times when the teams are tired and relaxed.

The borders will now be operational from 7 a.m. to 8 p.m. Kisoro Assistant District Health Officer Annet Dusabe says that the resolution was made after officials in the district realized that Ebola surveillance team members are unable to effectively work as required during night hours.

Ronald Kanyerezi, the Red Cross Manager in Kisoro district says that street lights at Chanika and Bunagana borders always go off at 9 p.m. which affects their capacity to monitor and disinfect all the people crossing to Uganda

The decision comes days after a warning by the World Health Organization (WHO) indicating that it was unlikely for the virus to remain successfully contained in North Kivu and Ituri – which combined, border Rwanda, Uganda and South Sudan – unless the targeting of response activities ended.

Douglas Bawe, the Officer-in-Charge of Kisoro Police Station says that the Officer-in-charge of Security at the two borders now have a mandate to ensure that no person is allowed to cross to Uganda beyond the required time.

Congo’s Beni region has been at the epicentre of the latest Ebola outbreak since August 2018. The outbreak has infected an estimated 1,495 people and killed more than 1000 in North Kivu and Ituri provinces, making it the second largest behind the 2013-16 West African epidemics that killed more than 11,000 people.