Five things we learned in European football this weekend 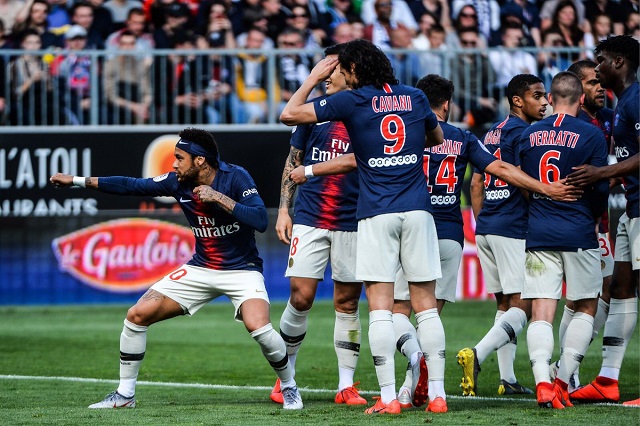 Paris, France | AFP | Bayern Munich missed the chance to wrap up the Bundesliga title, but Ajax bounced back to close in on the Dutch crown, while Neymar offered a timely reminder of his quality at the weekend.

Here, AFP Sport takes a look at five main talking points from Europe as the end of the season approaches:

Bayern Munich coach Niko Kovac called the Bundesliga title race “crazy” two weeks ago, and it got even crazier on Saturday.

Kovac’s side missed the chance to wrap up the title a week early as they were held 0-0 at RB Leipzig, and rivals Borussia Dortmund battled to a 3-2 win over Fortuna Duesseldorf.

After returning to within two points of the leaders on Saturday, Dortmund are now convinced they can pull off a mini-miracle on the last day.

“Everything is to play for, we firmly believe we can do it,” team director Sebastian Kehl told Sky.

Dortmund need to beat Borussia Moenchengladbach next Saturday and hope that Bayern slip up at home to Eintracht Frankfurt.

Barcelona’s first game after being knocked out of the Champions League by Liverpool came at home to Getafe. Supporters welcomed their team back with a scattering of whistles before kick-off at the Camp Nou, where there were swathes of empty seats.

A crowd of 57,000 was one of the lowest of the campaign for Barca, although the fact they have already wrapped up the Spanish title was partly to blame for that.

Arturo Vidal’s finish and a late own-goal gave Barcelona a 2-0 win, with the defeat for Getafe seriously damaging their hopes of Champions League qualification as they dropped out of the top four to be replaced by Valencia.

“It was a difficult game for all of us,” said Sergio Busquets. “We are trying to heal a wound that isn’t small.”

After the agony of their Champions League semi-final defeat against Tottenham Hotspur, Ajax fans may have feared that the inevitable hangover would damage their team’s chances of winning the Dutch title.

Erik ten Hag’s side duly fell behind inside the opening minute at home to Utrecht on Sunday, but they bounced back to win 4-1 with Dusan Tadic scoring twice.

That, combined with a 1-0 defeat for rivals PSV Eindhoven at AZ Alkmaar, means a record 34th league title, and a first since 2014, looks to be in the bag.

Ajax are three points clear of PSV and have a far superior goal difference ahead of the final round of games. The Amsterdam side go to second-bottom De Graafschap on Wednesday while PSV host Heracles.

It has been a frustrating few months for Neymar but the Brazilian was back to something like his best for Paris Saint-Germain.

The world’s most expensive player scored one goal — unusually with his head — and set up another as PSG won 2-1 at Angers, a return to form for a side who had won just once in their previous seven outings.

He can now look forward to the Copa America on home soil next month, with his club season over. Neymar is suspended for the last two games of the campaign, and finishes with 15 goals in only 17 league appearances in PSG’s run to the title.

AC Milan striker Krzysztof Piatek’s sharp-shooting skills were missing again as he went a fifth game without scoring in a 1-0 win at Fiorentina.

A goal in Tuscany would have seen the player dubbed the “Pistol” and “Robocop” match a feat achieved by Juventus’s John Charles in 1957-58 and Brazilian Ronaldo with Inter in 1997-98 by scoring against 15 different teams in his first Serie A season.

Piatek was plying his trade in Poland with Cracovia last year, but after a record-breaking start to the season with Genoa, he joined Milan during the winter transfer window for 35 million euros.

The 23-year-old has eight goals for Milan, added to his 13 for Genoa. That leaves him equal with Cristiano Ronaldo on 21 overall, five behind Serie A top scorer Fabio Quagliarella of Sampdoria.

“Piatek shouldn’t worry about his goals, because he started the season so well at Genoa and then with us, he doesn’t need to worry,” insisted coach Gennaro Gattuso, whose side are fifth.

The post Five things we learned in European football this weekend appeared first on The Independent Uganda:.