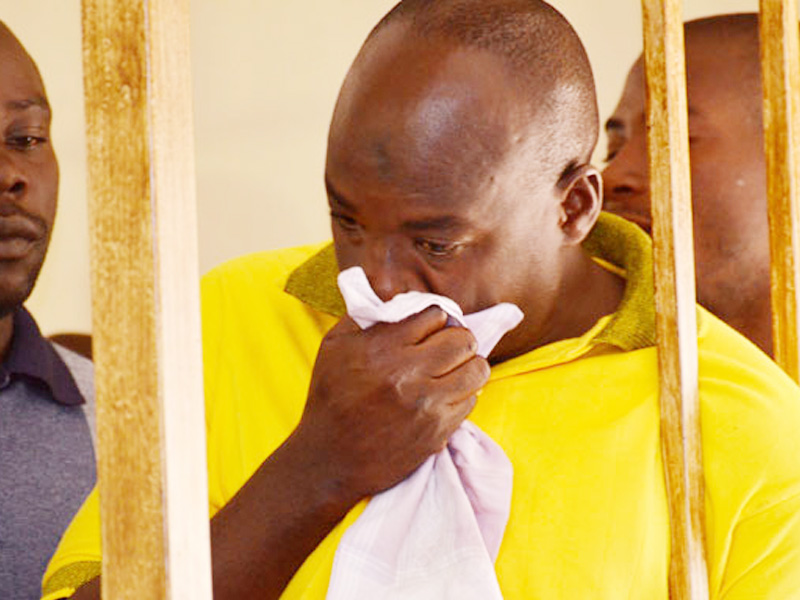 The former Boda Boda 2010 patron, Abdallah Kitatta has been found guilty of unlawful possession of firearms by the Army Court in Makindye.

They were however acquitted of possession of military gear and ammunition since prosecution failed to adduce enough evidence.

The defence lawyer, Counsel Shaban Sanya requested that the accused be awarded a lenient sentence given the fact that they are first defendants, have families and school going children.

The counsel said that Kitatta has more than one wife and is a sole bread winner of the family. He also said Kitatta has severe illness due to Diabetes.

He added that Kitata is an “NRM Chairman Rubaga Division and has done a lot for this state and NRM government.”

He noted that Ngobi has served in Uganda Police with no crime committed.

“The convicts before you have been on remand for over 16 months, it is our belief that during that period, they have learnt a lot, if given an opportunity it would be a good chance for them to transform,” he submitted.

However, Prosecution requested court to sentence Kitatta to a maximum of ten years in jail to send a warning to other would-be offenders.

Gutti thus adjourned the case to tomorrow to deliver the sentence.

According to the UPDF Act 2005, the offences for which Kitatta, Sowali and Ssekajja are accused are criminal in nature and attract maximum sentences of death and life imprisonment.

Kitatta was arrested in January 2018 together with his bodyguard, Sowali Ngobi and Ibrahim Ssekajja his driver after they were allegedly found in possession of an SMG rifle and a pistol.