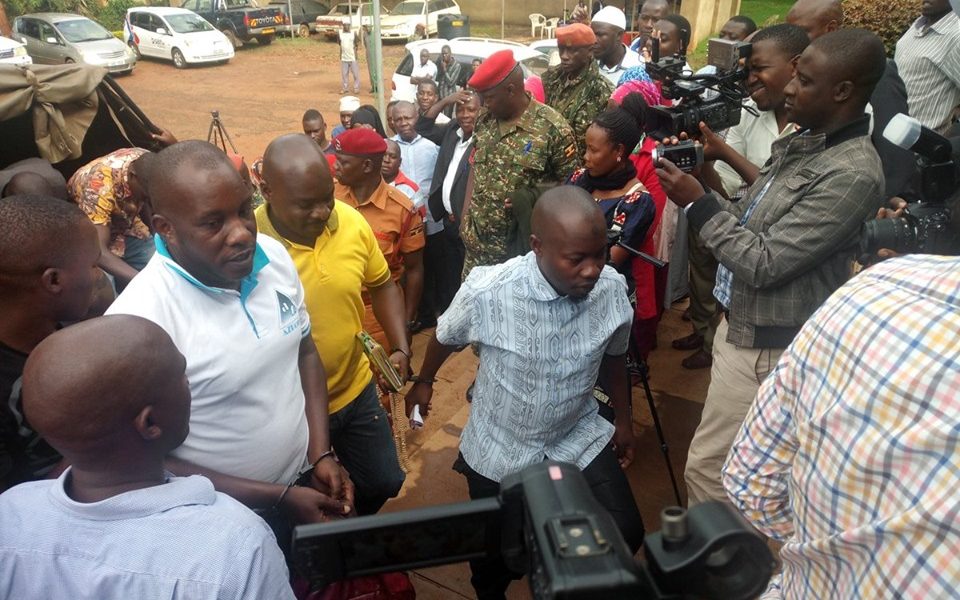 Boda-Boda 2010 patron Abdullah Kitatta has arrived at General Court Martial in Makindye for judgement on accusations of unlawful possession of firearms, ammunition and military attire.

Kitata and 12 other people are charged in the Army court with 6 counts including unlawful possession of firearms, live ammunition, Military head gears and uniforms.

The Former Rubaga division ruling party boss faces 5 separate charges of being in unlawful possession of an SMG gun, 3 pistols and 50 rounds of live ammunitions which Prosecution says are only a monopoly of the UPDF.

The rest of the  accused  are said to have connived with Kitata to unlawfully  possess  Military head gears and uniforms that    were allegedly  found on  them  on January 18th 2018  in  a Motor vehicle at Vine Hotel in Wakaliga within Kampala city.

Kitatta’s lawyers however implores the courts of law to dismiss the cases against their clients on ground that prosecution lacks substantial evidence.