Abdullah Kitatta Gets 8 Years in Jail 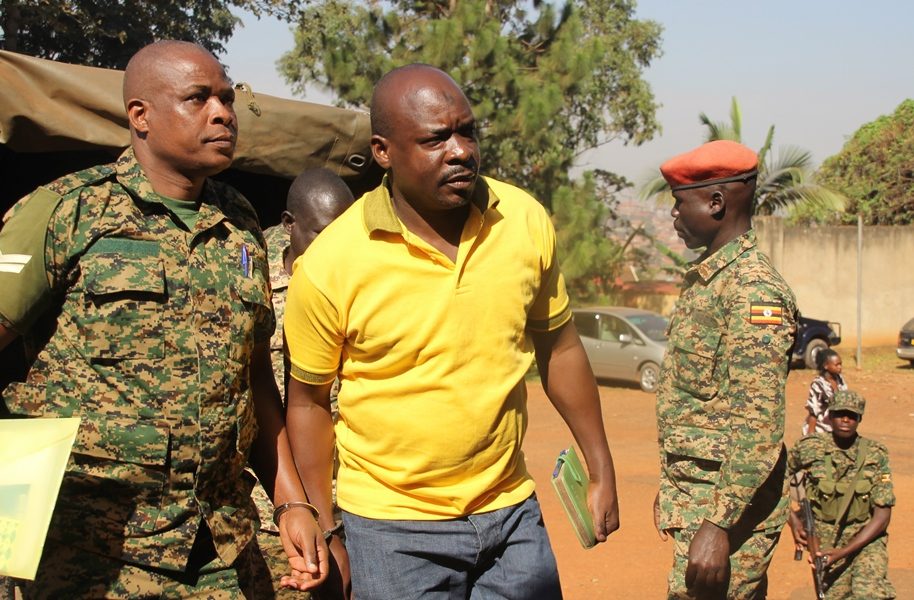 Former Bodaboda 2010 boss Abdullah Kitatta, and his bodyguard have been sentenced to 8 years, 8 months and 6 days in jail by the Makindye based General Court Martial.

Katatta, and Detective Constable Ngobi Sowali were yesterday convicted on charges of illegal possession of fire arms by the court chaired by Gen Andrew Gutti.

The Bobodaboda 2010 boss and his guard are said to have been found with an undocumented handguns during their arrest in January 2018.

The offence carries a maximum sentence of 10 years.

But yesterday during conviction, Kitatta through his lawyers asked for a lenient sentence, citing among others, his alleged ill-health, his service to government (as an NRM cadre) and the fact that he is the bread winner of his family.

Gen Gutti however, said in his ruling today, that  the army court found that the 10 year sentence which was requested by the lead state prosecutor Lt Col Raphael Mugisha was appropriate.

As such, the court merely deducted the  the 1 year  3 months and 24 days which the two have spent on remand.

“You have a right to appeal against the sentences and conviction within 14 days,” the court chairman advised the duo.