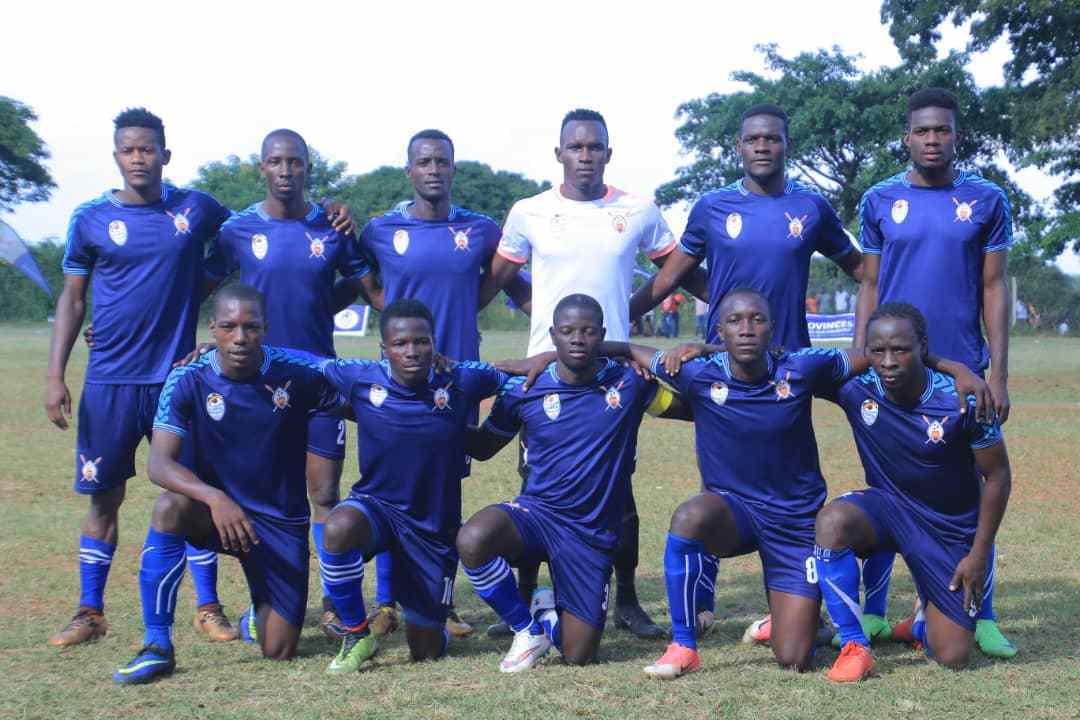 I want to motivate Buganda Province players by staking an extra Shs 100,000 per goal scored. I also want to encourage our team to score as many goals as possible

Goal hero Aligumaho was named the man of the match for the good performance, earning a plaque and Shs 100,000 as cash reward.

Elsewhere, Lango humbled Sebei 6-1 with Allan Okello who had been expected to travel for trials scoring a hat-trick.

Joakim Ojera scored two goals and Denis Omodi got the other for the hosts.

Eric Simiyu scored the consolation goal for Sebei. Okello was named the man of the match.

Buganda, Lango, Buganda and Ankole are all tied tied on 6 points while Sebei has no point.

Tito Okello of Vipers and URA’s Hudu Mulikyi scored in the 44th and 58th minutes respectively.

Okello was named man of the match.

Solomon Okwalinga and Isaac Ogwanga netted for Teso at the Kongunga ground in Bukedea.

Mbarara City and Uganda U-20 midfielder Ivan Eyam was the man of the match.

Karamoja picked a vital point away from home, drawing one all with Bunyoro at the Boma grounds.

Ivan Pulkol’s 29th minute goal for Karamoja was neutralized by Peter Lomoro in the 58th minute.

Karamoja’s goalkeeper Kajoba Rajab was named man of the match.

In Butaleja, Bukedi and Bugisu shared the spoils one all.

Kisujju was man of the match.

In Kamuli at the St Joseph Vocational Institute, Richard Wandyaka produced a man of the match performance, scoring twice against 10 man Kampala.

The Tooro and Rwenzori contest ended one goal apiece at the St Paul Seminary play ground in Kabalore.

The FUFA Drum is played along the theme ‘celebrating our ancestry’.