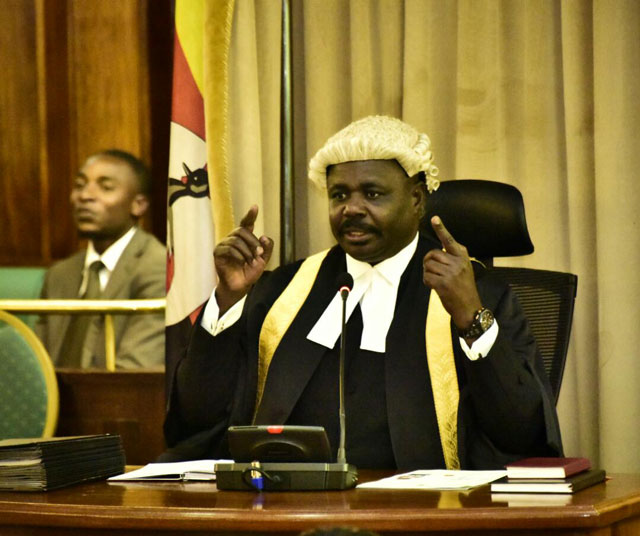 Kampala, Uganda | THE INDEPENDENT | President Museveni has appointed Deputy Speaker Jacob Oulanyah to chair yet another committee to investigate the Apaa boundary dispute in Amuru-Adjumani districts.

The Apaa boundary dispute started in 2012 when Adjumani district council gazetted the area as East Madi Game Reserve, a move which was opposed by authorities in Amuru district, which equally claimed rights over the same land.

In 2015, the government forcefully planted mark stones in Apaa Village to demarcate boundaries amidst protests from Amuru residents. More than 21 people were injured when police used live bullets to disperse those opposed to the demarcation exercise.

In 2017, Minister Tom Butime declared that indeed Apaa was part of Adjumani. But the government maintained talks between the two sides, which however failed to agree on a common position during meetings held in Gulu in the course of last year.

A committee chaired by Prime Minister Ruhakana Rugunda and a 8-member team from Acholi and Madi side were formed to investigate the matter in vain.

The Acholi team chaired by Dr Daniel Komakech, a renowned academician from Gulu University settled for degazettement of the disputed area for human settlement while the Madi team, on the other hand, settled for the relocation of the residents.

In a meeting held between the President, Oulanyah and the Prime Minister Ruhakana Rugunda, the President resolved to form a new committee chaired by Oulanyah that would look at the issue of the conflict.

This was after Oulanyah reportedly emphasized the need for a common position on the Apaa boundary dispute.

The formation of the new committee comes after a Government directive requiring the eviction of over 300 affected residents of the disputed Apaa boundary.

In the new committee, Oulanyah will be deputised by Rugunda. Other members of the committee are General Moses Ali, Minister of Relief, Disaster Preparedness and Refugees, Hillary Onek, Lands Minister Betty Amongi and Ephriam Kamuntu the Minister for Wildlife, Tourism and Antiquities and Sam Cheptoris the Minister for Water and Environment.

According to Oulanyah, when the President was in Omoro on Saturday, he requested for audience with the President over the Apaa issue.

Oulanyah said they had a very fruitful deliberation, and the President announced a new committee on Apaa.

“The committee will revisit and seek all the possible lasting solutions to make certain that our people have peace and the support they need to develop and move on from this long-standing strife,” Oulanyah said.

He called upon the factions from Madi and Acholi in Adjumani in Amuru that are fuelling the conflict through dissemination of wrong information to cease and work together towards ensuring that unity is forged so that people can leave together in harmony.

Conflicts between the two communities have been continuously characterized by attacks of the occupants with machetes and arrows, torching of grass thatched houses, something that has led to the displacement of hundreds of residents of the area.  Local leaders from the area claim that over 10 people have died in regards to the Apaa dispute.