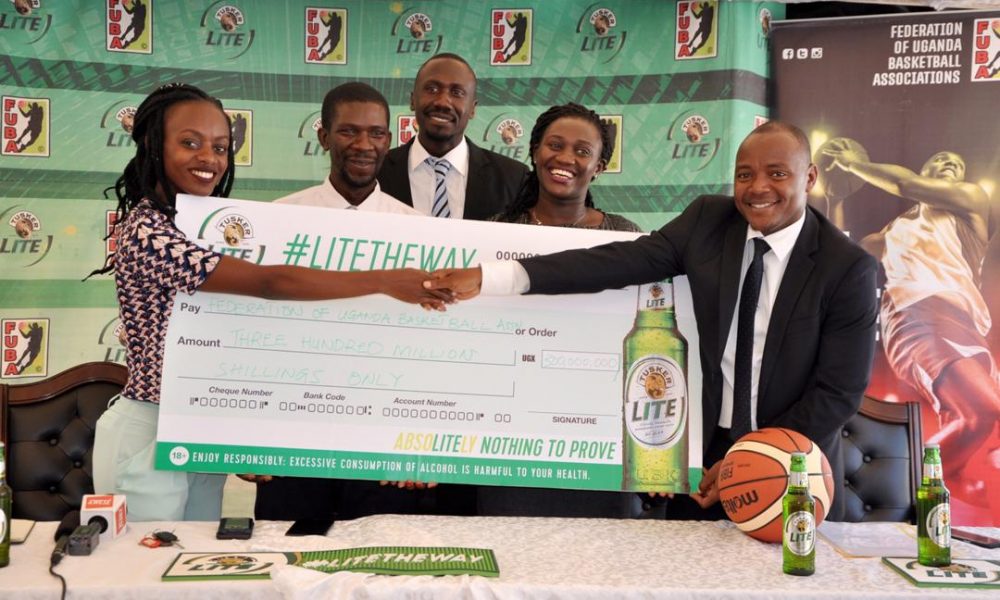 Uganda Breweries Limited and the federation of Uganda Basketball Association have entered a three hundred million shillings sponsorship deal for the national league.

The two parties unveiled the deal that will cover three years on Tuesday morning in a press conference held at the Uganda Olympic Committee (UOC) offices in Lugogo.

The brewers will sponsor the league through their premium beer brand, Tusker Lite.

FUBA Vice President Marketing, Media and Publicity, Arnold Katabi thanked the brewers for coming on board and expressed his belief that the sponsorship will go a long way in boosting the game.

“We would like to extend our sincere gratitude towards the Tusker Lite brand for the sponsorship. We believe that the sponsorship will go a long way in making basketball in Uganda better and bring a lot more to the fans of the game,” said Katabi.

His counterpart from UBL, Cathy Twesigye, said that the sponsorship is a statement of commitment from the brewers to the game and fans at large.

“This sponsorship is a reaffirmation of our faith in the National Basketball League and our desire to help the sport grow, while bringing friends together to enjoy fun moments, which is what our brand is really about,” she said.

Uganda Breweries through the same brand previously sponsored the playoffs.