Will Smith says son inspired him to pick Aladdin role 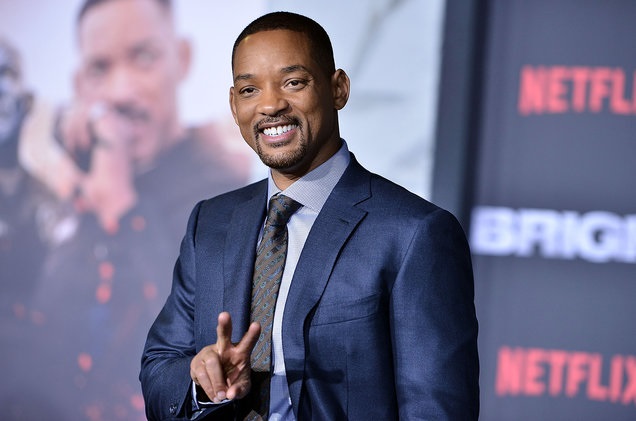 Amman, Jordan | AFP | Hollywood heavyweight Will Smith said Monday his son Jaden inspired him to take the role of the genie in a remake of Disney classic Aladdin, out later this month.

Smith said he had been reading scripts and struggling to decide which role to accept.

“I had three or four movies that I was considering and I was having a hard time making a decision,” he said at a news conference in Jordan, where parts of the film were shot.

His son Jaden, Smith’s co-star in the 2006 film “The Pursuit of Happyness”, had walked into the room and asked about the films.

The Fresh Prince of Bel-Air star pitched him each of the plotlines and asked for his opinion.

“He looked down at the screenplays and grabbed the other ones and just threw them on the floor and said: ‘duh, the genie? You have the chance to play the genie?’ He was blown away,” Smith said.

The film’s plot is drawn from a centuries-old Middle Eastern folk tale that features in the Arabian Nights and was retold in a 1992 Disney cartoon.

It is the story of a street urchin who finds a magic lantern containing a genie and falls in love with a rebellious princess, Jasmine.

They held a press conference Monday hosted by Jordan’s Royal Film Commission to mark the Middle East premiere of the film.

Some scenes were shot in 2017 in Wadi Rum, a desert valley in south Jordan that also featured in the 1962 classic Lawrence of Arabia.

“There is such a peace out in the middle of the desert,” Massoud said. “There’s nothing like it.”

The post Will Smith says son inspired him to pick Aladdin role appeared first on The Independent Uganda:.