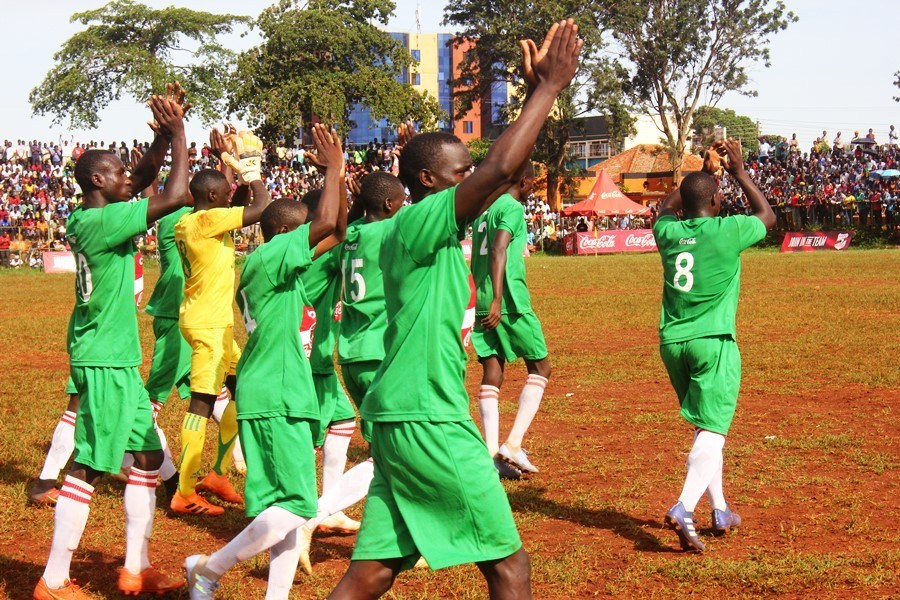 *All matches will be played at Kakindu Stadium

The draw for the quarter final stage at the 2019 Copa Coca cola football championship was conducted moments after the completion of the round of 16 matches at Jinja College on Wednesday evening.

The early morning game will see Jinja Progressive Academy will lock horn with Buddo at 9 AM.

Standard High School, Zana will battle Royal Giants shall enter the frey for the 2 PM game.

The final game on the quarter final menu which will wind the day will witness crowd darling Jinja S.S against on Bulo Parents at 4 PM.

All the quarter final matches will be
played at Kakindu Stadium on Thursday, 16th May 2019.

There is a pending petition filed by
Kibuli Secondary School against Jinja Progressive Academy (JIPRA).