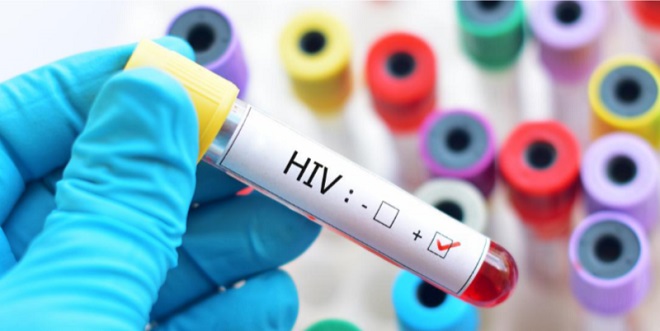 Doctors warn it is not a cure

| THE INDEPENDENT | A study in Europe has found that it is possible not to contract HIV from an HIV-Positive sexual partner even when you do not use a condom and long as your partner is using antiretroviral treatment (ART). But HIV healthcare experts in Uganda are counseling caution.

The study monitored nearly 1,000 gay male couples across Europe over a period of eight years, where one partner was HIV positive and receiving antiretroviral treatment (ART) and the other was HIV negative. The findings were published on May 03 in The Lancet.

The scientists found that ARTs suppress the virus to a level where it is undetectable in the blood at which point, the virus cannot be transmitted.

“This powerful message can help end the HIV pandemic by preventing HIV transmission, and tackling the stigma and discrimination that many people with HIV face,” said Alison Rodger of University College London, who co-lead the research explained. “It’s brilliant – fantastic. This very much puts this issue to bed.”

Back in Uganda, however, Dr. Nelson Musoba, director general of Uganda AIDS Commission, was more cautious.

“It is a good thing. The treatment does not only benefit the victim but it is prevention because if you take your drugs well, you will also be able to protect your HIV negative sexual partner. That’s what makes it very important,” he said.

He added that the means using ARTs serves as HIV prevention as well.

“But for one to achieve that, it means that you are taking your treatment diligently so that you are able to suppress your virus to undetectable levels. Once the virus is undetectable, it means you don’t transmit to your partner, he added.

Musoba said, however, the best way of HIV control is prevention is to ensure that we remain HIV free.

“The public must not get confused that there is a cure and say that since there is treatment, we can move about anyhow,” he warned.

The past decade has seen remarkable advances in treatment and disease management of HIV. Recent advances are also offering greater protection, when used along with safer sex practices and other awareness
strategies, to prevent infection and transmission of the virus.

Pre-exposure prophylaxis, or PrEP, is an HIV prevention strategy where individuals take certain HIV medications before coming into contact with HIV to prevent the spread of the virus to HIV-free individuals who may be at high risk for infection. It was approve in America in 2012 and has since spread worldwide. When taken consistently, PrEP has been shown to reduce the risk of HIV infection in high risk individuals by up to 92%.

Unlike the early years of the AIDS crisis, HIV is no longer considered acutely fatal, but rather has become a chronic and manageable disease for those receiving appropriate treatment.

Today, average life expectancy for patients has increased 10 years relative to that seen just a decade ago.

This dramatic change followed the introduction of highly active antiretroviral therapy (HAART) in the mid-1990s, which transformed treatment, leading to a nearly 85% decline in death rates.

HAART; commonly referred to today as “ART,” generally involves a combination of three treatments from at least two drug classes and has become the cornerstone of HIV treatment. Each drug class works to suppress the replication of the virus through different mechanisms, reducing the amount of HIV in the body and preventing the disease from compromising the immune system. T

reatment regimens are tailored to each patient and often evolve with the patient over time.

A patient diagnosed with HIV ten years ago was fortunate to benefit from multiple treatment options available across four major antiretroviral drug classes.

Although twice-daily dosing was feasible for most patients, treatment was far from perfect. Few combination treatment regimens contained more than one class of antiretrovirals in a single dose, and pill burden and patient adherence remained a challenge. In addition, the side effects of available treatment options made it difficult for some to adhere to prescribed treatment regimens. Side effects commonly included diarrhea, nausea and headaches. Serious long-term complications included lipodystrophy, a redistribution of fat in the body, and lactic acidosis, which can lead to muscle aches and liver failure.

Although much had been done to reduce mortality for HIV patients a decade ago, treatment regimens remained complex and the side effects of treatment were a challenge for many. Additional treatment options were needed to help patients better manage the disease and enjoy better overall quality of life.

Today: Continued Advances Improve Patient Outcomes through Greater Adherence An HIV patient diagnosed today can live close to a normal life expectancy if they are appropriately treated with the broad range of medicines available.

This decade has seen the approval of 15 antiretroviral medicines—five of which combine an entire HAART regimen into a once-daily pill. In addition, three entirely new classes of medicine and several therapies focused specifically on alleviating common side effects of treatment have been introduced.