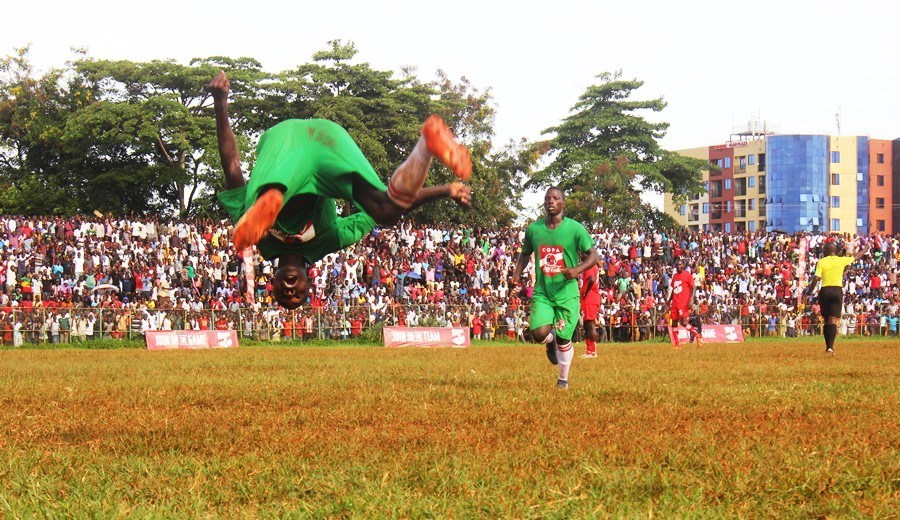 Jinja S.S defeated St Julian High School, Gayaza 2-0 before a full to capacity crowd at the Kakindu  Stadium during a round of 16 contest on Wednesday afternoon.

Tournament top scorer Lawrence ‘Enzo’ Tezikya added second with a well drilled shot from 20 yards off his left foot to double the advantage.

JIPRA recovered from two goals down to draw with record holders Kibuli S.S 2 all at the Mighty Arena, Jinja S.S and force a tense penalty shoot out.

The Jinja school triumphed 7-6 during the electrifying shoot out.

Jinja S.S joined the other successful schools at the quarter final stage whose draws will be held on Wednesday night at Jinja College.

Other successful schools to quarter finals:

The quarter finals will be played on Thursday, 16th May 2019.