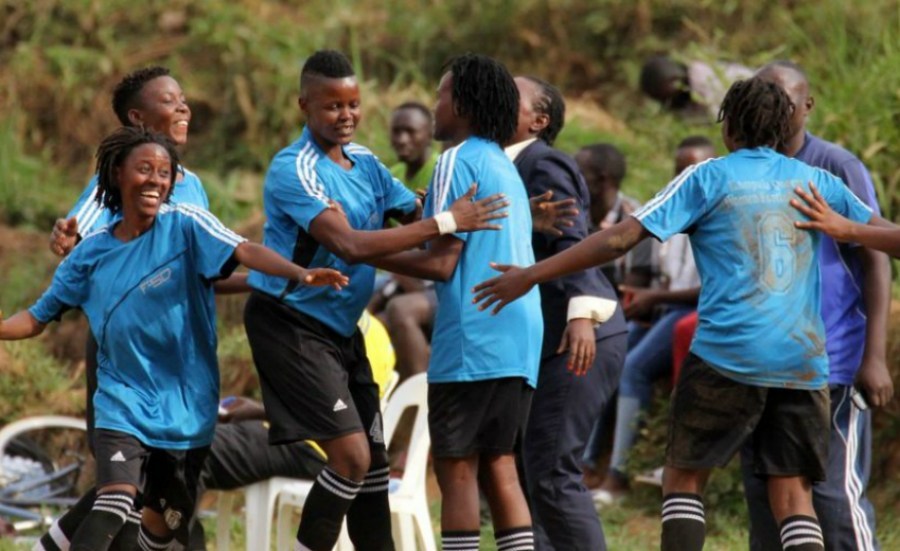 For the second successive season, Kampala Queens will be in the playoffs of the FUFA Women Elite League after edging Uganda Martyrs High School in their penultimate game.

Kampala Queens nicked a hard fought 1-0 win against the school side in the game played at Lubaga playground on Wednesday.

With a game to play in the regular season, Kampala Queens can either finish first or second in Elizabeth group regardless of their result in the final group game due to a superior goal difference and a better head to head against the other rivals.

UCU Lady Cardinals are also closer to the playoffs and the only team that stands in their way is Olila High School.

The Soroti based side, however, need to win against UCU Lady Cardinals with a big margin of about eight goals in their final game.

On the other hand, Kampala Queens will take on already relegated Lango Queens in Lira in their last regular season game.

This is the first time that the four-time champions are losing two games in the same season since the inception of the league in 2015.

Despite the loss, Kawempe remained top on 31 points while second-placed Lady Doves who won 3-2 against Ajax Queens moved to 29 points.

Rines WFC dropped back to the relegation zone following their goalless draw at home against Muteesa I Royal University.

Their rivals Asubo Gafford Ladies got a sigh of relief with a 3-0 win against already relegated Dynamic SS. Joan Nabirye, Shakirah Mutiibwa and Claire Namatovu scored a goal each as Asubo Lady Doves moved to 14 points, one ahead of Rines WFC.