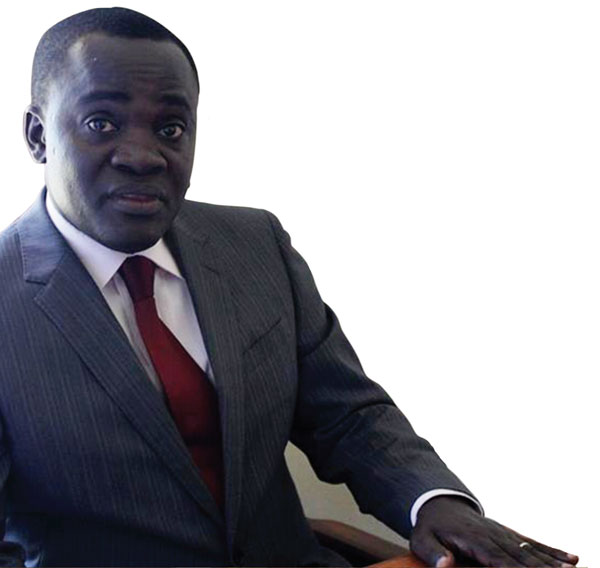 On Monday, Kamunyu was suspended for six months without pay by the institution’s Appointments Board after he was found guilty to have been in breach of university policies and guidelines.

The decision was contained in a ruling by the Jude Mbabali-led Appointments Committee on Monday, May 13, 2019. Others on the team were Jolly Uzamukunda Karabaya, Associate Prof. Winston Tumps Ireeta, Kiryowa Kiwanuka and Chris Ninsiima.

Kamumyu says he cannot have disobeyed warnings when he was speaking about staff grievances that included appointments Board, and accountability of the institution.

Reacting to the ruling, Kamunyu says that such decision creates a stalemate on progress of the institution and frustrates the spirit and role the associations play in keeping the authority in check always.

“It’s up to the staff to redefine this and see where they wish to go. But I think to me it has some bad precedence that a leader of an association can speak on behalf of the people and then be bundled up by a group of other people! It’s disturbing and am not surprised because unfortunately this the environment in which we find ourselves,” Dr Kamunyu said.

Adding that; “But we hope for the best but I also think that probably where we came from, we can’t all of a sudden be better. We will take some time but to me, it’s very unfortunate that we find ourselves in this kind of situation.”

Following the suspension of Kamunyu, Associate Prof. Edward Nector Mwavu the MUASA Vice Chairperson who has been in acting capacity as the chairperson since February says he will comment on the matter once the full ruling is out.

Sources from Makerere University say the decision to suspend Dr Kamunyu for six months could be a ploy by the institution’s management to block him for re-election.

When asked about the possibility of this ploy, Dr Kamunyu said this could be a possibility. He, however, said it is the staff that will determine on how they wish to be governed.

Although Dr Kamunyu’s lawyer James Agaba, protested the ruling, URN understands that the term of office of the George Omunyokol-led Staff Appeals Tribunal has expired, creating a vacuum.

Through the Tribunal, aggrieved members of staff get a right to a fair hearing and appropriate redress, without hindrances from the University system. It also serves as a system of checks and balances for the Appointments Board.

When asked about the expiry of tribunal term of office, Makerere Vice Chancellor Prof. Barnabas Nawangwe told URN that he has also heard it in ‘rumours’ and that it had not been officially brought to his attention.

The post KAMUNYU: My suspension sets a bad precedent appeared first on The Independent Uganda:.