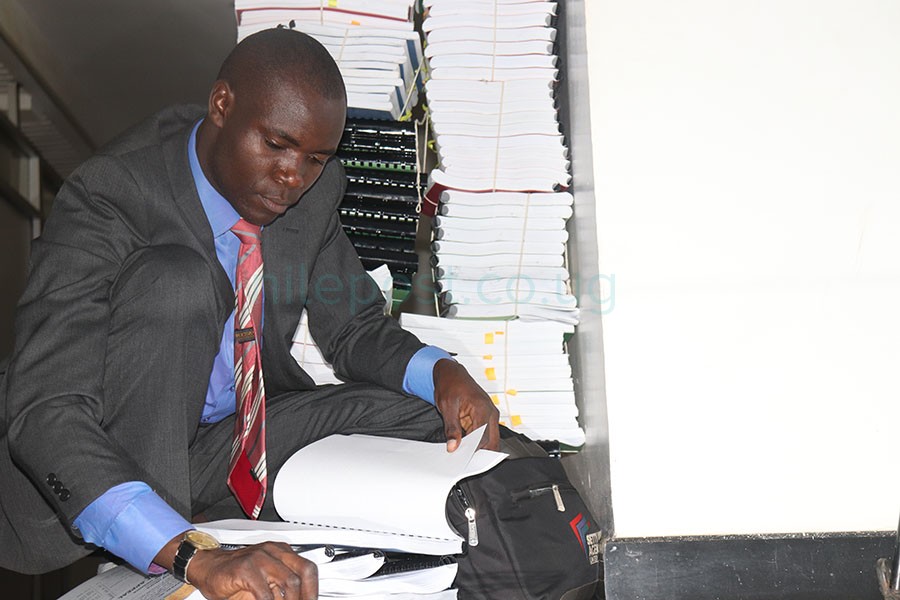 City lawyer, Kassim Male Mabirizi has Launched a shs300 million drive to raise funds for the age limit case at the East African court of justice in Arusha.

Mabirizi early this month dragged government to court over manner in which the age limit was handled right from parliament, executive and judiciary.

In his drive, the lawyer says the shs300 million will cover for typing, printing, transport, accommodation, personal assistant allowances, adverts, lunch and photocopying among other expenses required for the case to move on smoothly in Arusha.

“A few of us who are able to communicate through these platforms should do all within our means to fight the illegal amendment of our constitution. If President Museveni managed to fund-raise between 1981 and 1986, when there was no facebook, Whats App, twitter and mobile money among others, why don’t we fund-raise at this era of technology,”Mabirizi says in his message targeting mostly social media users.

He has subsequently opened up a facebook page, Whats App number, mobile money number and email meant for the fundraising drive.

According to Mabirzi, the funds are meant to cater for expenses at the East African court of justice in Arusha and not for any other subsequent courts including the appellant court.

The Supreme Court last month in a 4:3 majority judgment dismissed a challenge by three parties who had challenged the constitutional court ruling that had upheld age limit clauses from the constitution by parliament.

Mabirizi challenged it saying the several actions, directives and decisions of all the three organs of government including parliament, executive and judiciary in conceptualizing, processing, pursuing and upholding of the age limit amendments was an infringement on the provisions of the East African Community treaty.

“The actions of curtailing and undermining Uganda citizens’ participation in their constitutional amendment process through preventing the applicant(Mabirizi) access to parliament’s gallery, and failure to take all reasonable steps in the circumstances to ensure public participation of all Ugandans in the Constitutional amendment process was a violation of their rights,”Mabirizi said in his petition.

“Using the police and the military to disperse meetings organized by members of parliament and other political players to enhance public participation of citizens was a violation of their rights.”

The lawyer argued that amending the constitution through violence or threatened violence undermined the integrity of parliament, allowed the defence forces participate in partisan politics and also derogated MPs’ fundamental rights against torture, inhuman and degrading treatment.

Mabirizi also averred that assenting to the bill by the president on strength of an invalid certificate of compliance was an illegality.

“This contravened and undermined the fundamental and operational principles of the community which include good governance including adherence to the principles of democracy, the rule of law, accountability, transparency and the maintenance of universally accepted standards of human rights.”

Mabirizi also faulted the Constitutional and Supreme Court for their actions and processes that saw them reach at a decision of upholding the age limit amendments which he says had resulted from an illegal process.