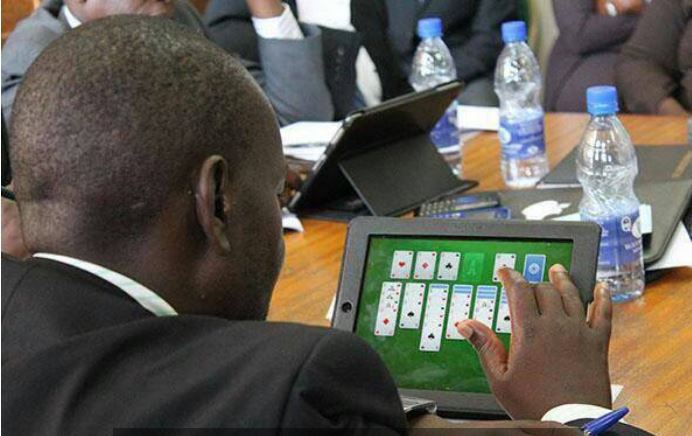 As millions of Ugandan internet users grapple to pay the Over The Top (OTT) tax for social media accessibility, Members of Parliament will receive free services for their iPads as parliament hires MTN, telecom service provider to provide mobile data and OTT tax for them.

The Parliamentary Commission recently embarked on a bidding process to identify the best service provider to provide mobile data and OTT tax for mobile computing devices for MPs.

The bidding notice indicates that MTN will provide a 5GB monthly bundle at Shs30,000 and Shs6000 OTT tax for each MPs’ device per month.

This means that Parliament will spend Shs36,000 for each MP per month. With the total of about 460 MPs, Parliament will part with Shs16,560,000 per month for the MPs’ mobile data and OTT tax payment for their iPads.

In September 2018 during the debate on the Excise Duty Bill (2018), Obongi County MP Kaps Fungaroo asked Parliament to intervene because they were not accessing social media platforms on their iPads due to rigidities from the service provider. Fungaroo’s statement faced backlash from the public who anticipated that the MPs could be asking for tax payers’ to foot their OTT tax bills.

However, Moses Bwalatum, the Principal Communication officer at Parliament in a statement released in 2018, refuted the claims saying that, the MP was simply seeking for guidelines on a flexible system to allow MPs load bundles or pay OTT using their iPads.

“MPs are provided iPads by the Parliamentary Commission to facilitate their legislative duties. In a move to cut costs on expenses incurred on printing bulky reports, statements, and other communication, all Parliament reports/documents are uploaded onto their iPads. This is in line with the move to have a paperless Parliament. The iPads however, remain the property of Parliament. By the nature of the data contract signed with Parliament before the advent of the OTT Tax, it is only the service provider that can load bundles on the MPs iPads,” the statement says.

“It is in the inability for Members to pay for the OTT Tax on their iPads that the MP rose to seek guidance from the House. The MP asked Parliament to revisit the terms of the contract to either allow them pay for their OTT Tax or the service provider bears the cost because their restricted access is constraining their work and interaction with their constituents and the public,” the statement adds.

Bwalatum added that it is therefore not correct to say that MPs want their OTT Tax paid for by Parliament because “they are already paying the tax on their personal communication gadgets.”

The latest development now clearly shows that Parliament will foot OTT tax bills for all the MPs. Parliament spent $563,000 (about Shs2bn) for procurement of MPs iPads. MPs are asked to pay Shs500,000 at the end of their tenure if they want to retain the device as their personal property.