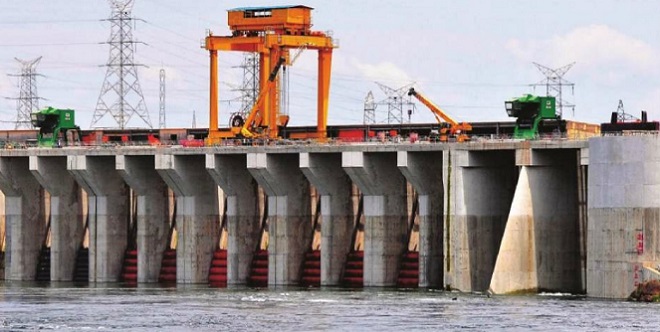 The key challenges for hydropower development in Uganda, and most countries in Africa, include the need for substantial up-front investment capital which cannot easily be raised by the sector, as well as environmental and social concerns such as the resettlement and compensations of persons

Paris, France | IRENE MULONI | Access to clean energy in general and electricity in particular is an essential input in the growth and economic, social and political development of a country. Electricity is inextricably linked to socio-economic transformation at individual household and business levels, as well as at aggregate national level.

As a critical input in the development process, electricity consumption has multiplier effects on the economy. For a country to have adequate and reliable electricity supply that matches demand, it calls for deliberate policies and efforts to plan and develop electricity generation capacity based primarily on national natural energy resources.

According to the International Energy Agency’s World Energy Outlook report of 2018, hydropower is the largest renewable electricity generation resource, meeting about 16 per cent of global electricity demand, followed by wind, solar PV and bio-energy. This trend is expected to continue in the medium term which therefore calls for sustainable development and utilisation of the hydropower resource.

For Uganda, the development of hydropower dates back to 1947 with the first two hydropower plants being commissioned in 1954 – the Owen Falls plant, now Nalubaale, with a capacity of 150 MW, and Mobuku I with a capacity of 5 MW which was to supply electricity to the copper mines of Kilembe in western Uganda. Over the last three decades, there has been significant growth of power demand in Uganda, averaging 8 per cent per annum.

The majority of this demand has been met by the construction of additional hydropower generating plants which included: the refurbishment of Owen Falls dam and increasing its capacity to 180 MW, and the development of Kiira (200 MW), which was commissioned in 2000, Bujagali hydropower plant (250 MW), commissioned in 2012, and a number of small hydropower projects totalling 107 MW.

The key challenges for hydropower development in Uganda, and most countries in Africa, include the need for substantial up-front investment capital which cannot easily be raised by the sector, as well as environmental and social concerns such as the resettlement and compensations of persons affected by the projects, and inadequate local implementation experience and technical capacity. Additionally, hydropower is sensitive to the climate driven hydrological cycle thus necessitating proper management of the river catchment areas. The prolonged drought experienced in Uganda between 2003 and 2007 led to a decline in hydropower generation of over 60 per cent, thus necessitating the deployment of expensive thermal power to reduce load shedding which had negatively impacted our economic growth.

The plant tremendously reduced our reliance on expensive thermal power. Additional investment capital has been attracted through bilateral financing with our development partners. The challenge of inadequate technical capacity has been addressed by putting in place a local content policy to ensure the participation of Ugandans during construction of the projects.

The National Environment Management Authority (NEMA) is in place to ensure that resettlement and environmental issues are well addressed during the development of these projects.

To ensure that we develop our hydropower resources in a sustainable manner, in 2010 the government undertook a hydropower development master plan study. The study targeted sites above 50 MW mainly along the River Nile. The objective of the study was to prepare a master plan that is in line with the long-term power and transmission development plan. The hydropower master plan prioritised potential hydropower sites based on technical, environmental, economic and financial aspects, to prepare preliminary designs thereof, and to build government capacity in this field.

There is still over 2,000 MW of hydropower that is yet to be developed. Hydropower will therefore continue to play a critical role in providing electricity in Uganda in the medium term because of a number of benefits, such as its proven technology, high efficiency, low operation and maintenance costs, high flexibility, ability to be designed with a large storage capacity to cater for peak time demand, and due to its high reliability. For example, the Nalubaale hydropower project has been providing electricity to Uganda for the past 65 years and has the lowest tariff in the energy mix.

Therefore, for Uganda to achieve sustainable development, the hydropower resources that remain untapped will have to be developed so as to bring to fruition plans aimed at increasing access to electricity and per capita electricity consumption, and to contribute to the achievement of the Sustainable Development Goals.

Energy and Mineral Development Irene Nafuna Muloni shared her perspectives and Uganda policy priorities in the World Hydropower status report 2019. The report was released at World Hydro Congress taking place in Paris May 14-16.