Museveni: Gatuna Border Closure will Fuel Smuggling in the Region 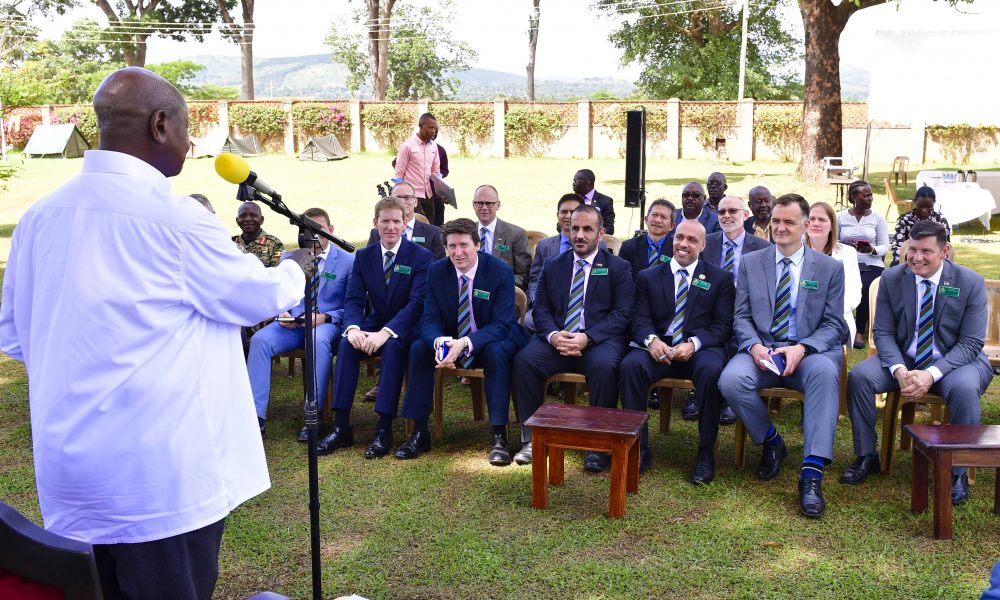 President Museveni has once again commented on locking out of Ugandan goods from the Rwandan market, saying authorities in Kigali cannot effectively block cross border trade.

“We have three border points that connect us with Uganda and it is only one that is not working at full capacity, it is at 20, 30 per cent because of construction works, and we hope that it in the next few weeks it should be working,” said Kagame.

However, Ugandan goods were blocked from crossing into Rwanda from other border points.

Rwandans were also blocked from crossing into Uganda.

Speaking about regional trade on Wednesday, President Museveni said the closure of Gatuna border by neighbouring Rwanda was a ‘hiccup’ that will not slow the region down.

“Even if the border is closed, trade will go on, only that it will be through smuggling,” he added.

The President was today delivering an opportunity lecture to 17 high ranking military officials from 11 countries including USA, UK, Germany, Netherlands, Germany, Bolivia among others at Masindi State Lodge in Masindi district.

The team led by Rear Admiral Ross Albon from UK Royal College of Defence Studies has been in the country for a one-week study tour of Uganda about ‘Uganda’s Geo Politics and Economic Development’.

ChimpReports understands relations between Uganda and Rwanda have worsened in recent months with fears of a possible armed conflict along the border.

Museveni today said Kigali’s decision will only fuel smuggling in the region.

“You can’t stop trade through border administration. People resort to smuggling,” he said.

“Others have resorted to export a lot of things to South Sudan, DR Congo, Kenya Tanzania etc,” he emphasised.