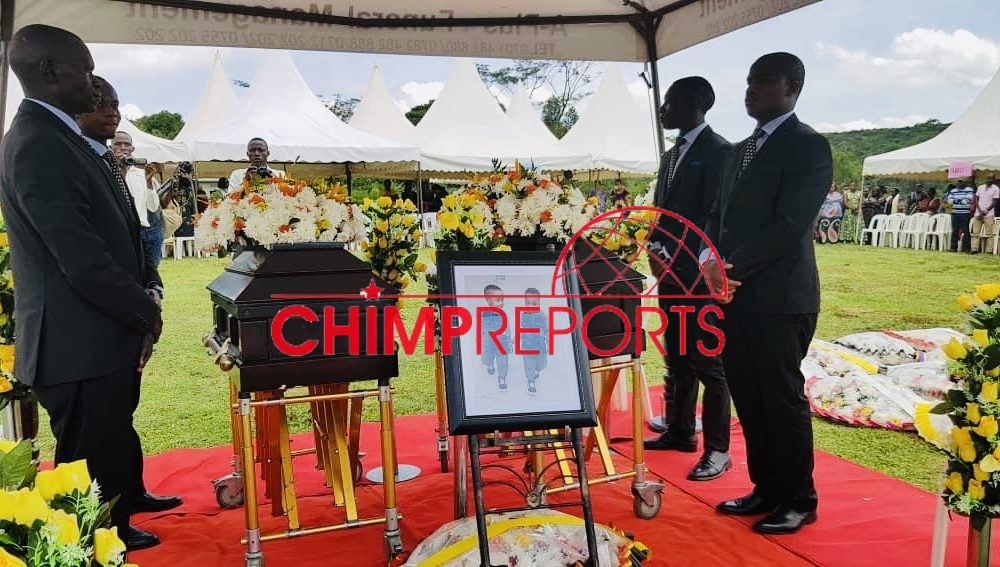 The two-year-old boys drowned in a swimming pool at their home in Mbalala, Mukono district.

Family members are currently setting off to Kapeke Village, a few miles from Mbalala where the remains of the deceased will be laid to rest.

Burial will take place later in the afternoon at 4: 00pm.

A visibly devastated Kibuule could not hide his pain.

“We are broken,” he told colleagues.

“We can’t believe this happened,” he added.

Kibuule’s wife, Fortunate, was inconsolable too. “I had just left the home and in a few minutes I was informed the kids were no more.”

VIPs’ car at Kibuule’s residence in Mukono on Wednesday

The kids were playing in the compound when they drowned in the pool.

Blame was also put on the minister for not constructing a fence for the pool as a safety measure.

Police are holding four workers who were at Kibuule’s house when the kids drowned.

The tents which are being occupied by mourners

ChimpReports understands only family members and a few selected people will be allowed to access the cemetery.

Security is being manned by Special Forces. Security checkpoints have been put in place to check whoever gets to the burial grounds.