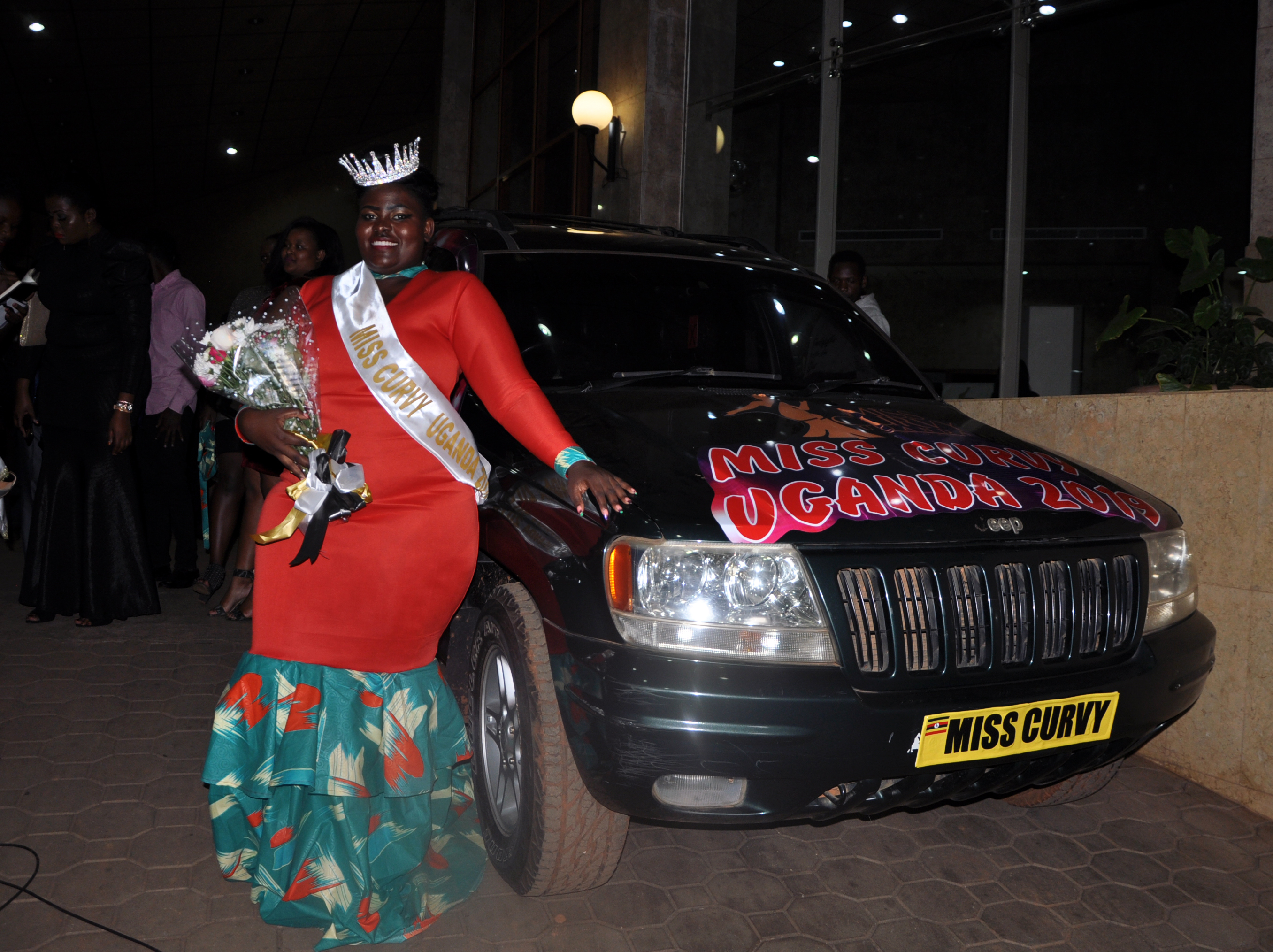 A Kampala Businessman, one Hamidu Kamanzi, has accused the organizers of the recent Miss Curvy pageant of cunningly picking his car from his bond in Ndeeba and dishonestly using it to promote their Pageant –by telling the public that the winner of the pageant would walk away with the Jeep Cherokee (Number plate UAL 810Y) as her prize.

“They used the car to advertise their pageant, but never paid any coin for the it,” Kamanzi says.

According to Kamanzi, Ann Mungoma, the pageant organizer, approached one of the car brokers at his bone, one Tamale Matia, and the two agreed that Mungoma would  buy the car at Shs16million. That she promised to pay 60% of the amount and later complete the 40% on the event day, upon which they allowed her to drive off with the car and use it for promotion of her pageant in the final days that led to it.

Kamanzi says that by the time the first ever Miss Curvy was crowned, no payment had been deposited on the car. Kamanzi says after the pageant he decided to drive the car from Imperial Royale Hotel where the event took place, to Mutundwe where it is currently parked.

“We waited for them to call us and ask for the car so that we receive our money but we were never contacted.” Kamanzi further says.

Kamazzi says what hurts him most is that each time they have contacted Mungoma, she tells them to hold on for Minister Kiwanda, claiming that the Minister is going to give her money which she intends to use to clear the car debt.

The frustrated Kamanzi says that when they once contacted Kiwanda, he said that he played his part as a minister for Tourism in giving Miss Curvy all the support he could and has nothing to do with the car.