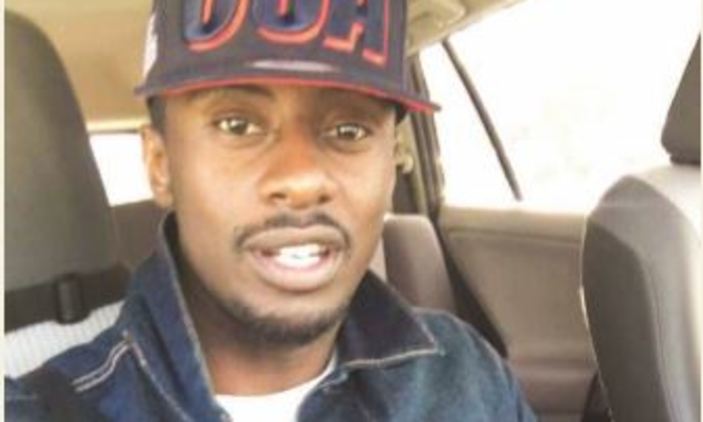 This is ChimpReports’ Morning Intelligence Briefing.

Pato was extradited from South Africa on Wednesday.

Enanga said Police will extract a statement from the accused and assess his defence awaiting further guidance on the matter.

“We received him upon being extradited from South Africa on Wednesday afternoon. Currently, he is being detained at Kireka and has been granted access to his relatives and lawyers,” said Enanga.

The South African Police Service, through the help of the Interpol office in Pretoria, said it successfully extradited Pato who was wanted for a murder he had allegedly committed in Uganda.

The Department of Justice from Uganda requested via Interpol that the arrest of Agaba who was believed to be in Johannesburg area, Gauteng be effected.

On 7 February 2018 in Uganda, Susan Magara, a businesswoman was kidnapped by unknown persons while on her way home from work.

The culprits telephoned her family demanding a ransom of one million dollars.

On 26 February 2018, the body of Magara’s mutilated body was recovered dumped along a road.

The Ugandan authorities said they had gathered sufficient evidence which incriminates Pato in the kidnapping and murder of the victim.

Police last year raided a mosque in Kampala during which several suspects were arrested.

The accused who were prosecuted over Magara’s death are said to have links with terror group, Allied Democratic Forces (ADF).

Enanga said arrangements to interview Pato and also investigate his defence in the alleged murder of Susan Magara are in place.

“Immediately after, the case file will be forwarded to the office of the DPP for perusal and probable sanctioning,” he added.

“Economic transformation and prosperity require mastery of technology,” said Kagame on Wednesday, adding, “Now is the time to build the necessary infrastructure and skills in Africa”

The President spoke at the Transform Africa Summit in Kigali.

The event attracted innovators, policy-makers and heads of state.

Kagame said Africa can only protect peoples’ interests, and increase the size of our market, through integration and cooperation.

“This is especially the case when it comes to harmonising laws and regulations, and ensuring that Africa’s ICT infrastructure is managed in a sensible way,” he said.

“The emergence of a common African agenda on ICTs should not be a source of worry to anyone. It is long overdue, and in the end, greater African unity will benefit both Africa, and its partners globally.”

Kagame said since the world has embraced the digital economy, “Remaining behind is not an option. Is Africa ready to fully take part in the Fourth Industrial Revolution? This is really the heart of the matter.”

Besigye at Oxford Union: Elections are a Façade

Besigye speaking at the event

The former presidential candidate reiterated his position that elections in Africa are more of a façade than a true reflection of people’s wishes.

Besigye also spoke about his struggles in Uganda, saying he had paid a heavy price.

“I have been shot and injured, lived in exile and my brother has died in the process,” said Besigye.

“Being a perennial political opponent in Uganda has taken its toll,” he added.

Besigye is described by Oxford Union as a Ugandan politician, physician, and former military officer.

In his speech, Besigye said “Power did not shift from colonials to the people of Uganda, but it shifted to some new kings and new sovereigns; people often look back favorably on colonial times, as there was more order.”

He emphasised: “No leader has been displaced peacefully and elections are a facade.”

The Oxford Union describes itself as the world’s most prestigious speaker and debating society, with an unparalleled reputation for bringing international guests and speakers to Oxford.

It has been established since 1823 and aims to promote debate and discussion not just in Oxford University, but across the globe.

At the event, Besigye said the opposition’s primary focus is empowering people with knowledge, so they can demand accountability.

“Changes in leadership should be driven by the people, there must be mechanisms that ensure a leader acts in an accountable way. This is the biggest area we aim to overcome,” he added.

Mabior Garang, the son of South Sudan’s founding father, John Garang, has warned youth who intend to participate in a protest dubbed Kiir Must Go/Red Card Movement”, saying they risk losing their lives.

“The idea of peaceful demonstrations and the “Kiir Must Go/Red Card Movement”, while a great idea, does not reflect the objective realities of our land. During a civil war, the idea of civil society becomes irrelevant as there is no civility,” said Mabior.

“The regime’s Minister of Information has informed those who want to demonstrate that “the regime has no rubber bullets to disperse crowds”; a chilling warning. The youth should not take this threat lightly,’” he further cautioned.

The youth say they want to hold demonstrations in Juba and other parts of the world to show their dissatisfaction with how President Kiir is running the country.

They accuse Kiir of presiding over an ineffective, brutal and corrupt regime.

But Mabior, who also is in opposition, cautioned: “The organizers of this noble movement for fundamental change in our country should be fully aware that they will be met with extreme violence and brutality. Knowing this, we should not allow innocent youth to be used as cannon fodder for the sake of the leadership ambitions of a few.”

He said in order to avoid the “Kiir Must Go/Red Card Movement” becoming a one-time event that is crushed by the regime and keep it alive until it achieves its objectives, the organizers must use a scientific approach to their struggle.

“This is why instead of a suicide mission; the youth should turn the “Kiir Must Go/Red Card Movement” into a campaign of national mobilization to rally all our citizens behind the Revitalized Agreement the regime fears so much,” he emphasised.

President Kiir said he was committed to the formation of the government of national unity which has since been postponed by six months at the request of dissident former Vice President Dr Riek Machar.

Kenyatta: African Economies Will Largely be Transformed by ICTs

President Uhuru Kenyatta has called on African countries to prioritize the integration of Information and Communication Technologies (ICTs) in their development plans because they hold immense economic transformation potential.

The President spoke Wednesday when he unveiled Kenya’s digital economy blueprint to investors and Heads of State attending the Transform Africa Summit 2019 of the Smart Africa Initiative in Kigali, Rwanda.

The Heads of State present at the unveiling included President Paul Kagame of Rwanda and Boubakar Keita of Mali.

The Rwandan President is the current chairman of the Smart Africa Initiative, a continental body that aims at creating a single digital market.

Kenya’s digital economy strategy themed “powering Kenya’s transformation” was unveiled in the presence of over 4,000 participants among them government bureaucrats, policymakers, innovators and technology investors who are meeting to discuss how ICT resources can be harnessed to boost African economies.

Through the blueprint, the government aims at enhancing the contribution of ICTs to the economy through digital governance solutions, digitizing business processes, facilitating infrastructure delivery, innovation driven entrepreneurship and promotion of digital skills and values.

President Kenyatta told a summit panel discussion that Kenya has invested heavily in its digital network and is partnering with various organizations to ensure efficient connectivity for all.

“Our vision is that in the next five years, every part of the country will be connected, thus allowing all citizens partake in the digital movement,” said Kenyatta.

The President also spoke about the central role of the youth in the digital economy in Africa saying Kenya had fashioned a special intervention targeted at empowering her young people with practical ICT skills.

“We are encouraging the youth to be proactive and tap into the digital market through our Ajira programme that has seen many get online jobs,” he added.

In his address, Kenyatta said Kenya will be at the forefront in driving Africa’s digital economy adding that the country’s globally acknowledged and revolutionary innovations such as MPESA mobile money ecosystem are a demonstration of the continent’s limitless ICTs potential.

He said Africa stands on the brink of a major transformation, not only as a new frontier for investment but as a continent driven by a young, vibrant and aggressively innovative population, brimming with immense potential.

“We are the new frontier for trade and investment with estimates indicating that by 2025, business opportunities in Africa will be about US$ 5.6 trillion.  More importantly, we have evolved platforms for driving this collective destiny of our prosperity,” said Kenyatta.

Currently, the Kenya Government has over 200 digitized services offered through Huduma Centres countrywide as well as an online self-service platform, E-Citizen.

Kenya has since digitized core government services such as filing of tax returns where the Kenya Revenue Authority (KRA) provides services through the iTax system that is linked to the Intergrated Financial Management Information System (IFMIS) and the Central Bank.

“This digital system has helped to speed up assessment and service delivery of the country’s tax administration,” he said

Kenyatta said that the future of African economies will largely depend on innovation-driven entrepreneurship and called for policies that support local innovations.