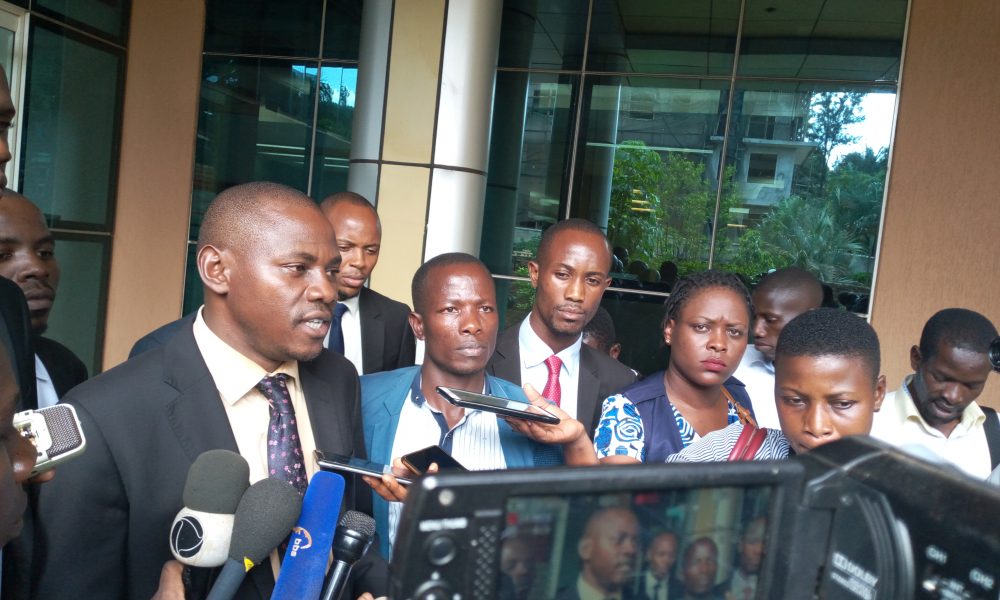 High Court Judge Lydia Mugambe Ssali has set 23rd May 2019 to deliver her ruling in which two concerned citizens and Uganda Journalists Association (UJA) seek an interim injunction against Uganda Communications commission’s (UCC)’s directive to 13 media houses to suspend 39 of their workers.

The lawyers representing both sides today concluded submissions in the matter.

The judge before setting the date, ordered all media houses to observe the sub-judice rule by distancing themselves from engaging in discussions about this matter which is awaiting court’s decision.

This concern was raised by UCC’s lawyer Joseph Matsiko who reported to the judge that this matter is being widely debated on various media platforms with many people making concluding remarks over the same.

In their submissions, the lawyers representing UCC pointed out the UJA’s application is only intended to reverse the status quo since the commission’s directives have already been adhered to by the 39 media staff who have already submitted their academic qualifications plus recordings of the live programs on 29th April.

However, the applicants submitted that the status quo that holds should be considered as of 2nd May 2019 when the first applicant filed their suit.

In the mains suit UJA accuses UCC of performing roles of the media council which has a duty of disciplining journalists.

On 13th April 2019, UCC through Executive Director Godfrey Mutabaazi wrote to the managing Director of Various stations to suspend their head of news, producers and Heads of Program for airing of events as Kyadondo East MP Hon Kyagulanyi Sentamu was heading to Kibuli CID headquarters