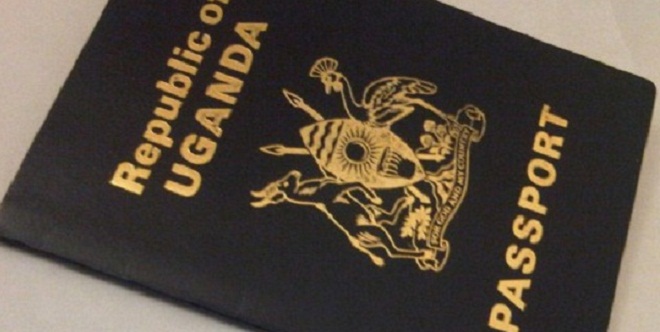 Kampala, Uganda | THE INDEPENDENT | The Head of Uganda’s Mission in South Africa, Barbara Nekesa, has appealed to Members of Parliament to push government to streamline the use of electronic passports.

During the 17th Ordinary Summit of the East African Community (EAC) Heads of State held in March 2016, the Presidents launched the new EAC e-Passport and directed that issuance of the passports should take effective 1st January 2017 followed by a phased suspension of the readable East African and National Passports in a period of two years.

Nekesa says that in order for the Mission to remain relevant to Ugandans living in South Africa, the new passports should be introduced in a strategic manner.

Nekesa said that following the decision to introduce the e-passports, the Ministry of Internal Affairs wrote and instructed the missions to stop issuing and return the old passports to Kampala.

“Now we cannot issue any passports because we do not have passports; we refer people, who want new passports back home,” she said.

The High Commissioner was meeting a delegation of visiting parliamentarians from the committees of Legal and Parliamentary Affairs and Government Assurances, who paid a courtesy call on her at the High Commission in Pretoria, on Wednesday.

The meeting was attended by the Deputy Head of Mission, Kintu Nyago and the Minister Counsel, Julius Kibula.   The MPs are in South Africa on a bench marking visit to the Pan African Parliament in Midrand.

Nekesa said that there was need for an urgent meeting to be called by the Ministry of Internal Affairs and the missions permitted to issue passports to agree on how to roll out the issuance of the e-passports by those missions. She also said that the consular officer, who issues passports, would also require training before embarking on the process.

“We need the Ministry of Internal Affairs to come to our rescue such that we are helpful to our people. We have several Ugandans working here, and need to renew their passports,” she said.

Nekesa also said that they had contacted the Ministry of Internal Affairs advising to reduce the time taken to respond to online visa applicants and to make provision for online group visa applications to ease the application process.

She appealed for more funding, which she said has not increased despite the mission having been upgraded to a higher status with more staff.

MPs raised concern that Ugandans intending to travel to South Africa were finding it difficult to secure visas to the country and appealed to the Uganda Mission in South Africa to resolve the issue. They quoted recent media reports that showed that Ugandans, who wanted to take part in Africa’s Travel Indaba held in Durban, failed to obtain required visas in time.

“Ugandans are delayed when they apply for South African visas; can you raise it with the government here. It’s becoming increasingly difficult to secure visas to this country,” said Hon. Alex Byarugaba.

The post Gov’t asked to streamline electronic passport use appeared first on The Independent Uganda:.