NWSC to Extend Water to Over a Million People in Isingiro, Mbarara and Masaka 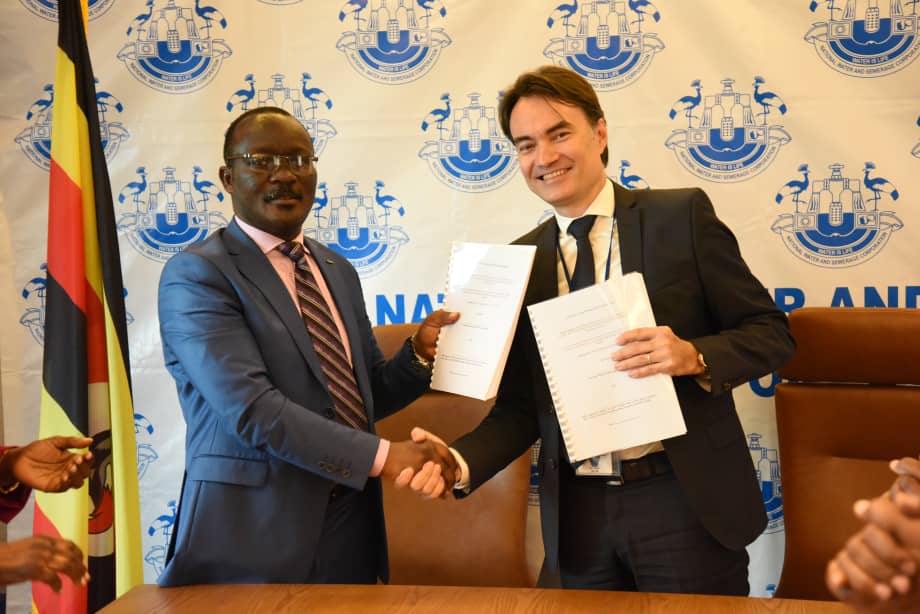 National Water and Sewerage Corporation (NWSC) has revealed plans to extend safe water, sanitation services, water for production and agriculture, to over one million people in the districts of Isingiro, Mbarara, Masaka and the surrounding areas.

Eng Mugisha disclosed that the project when completed will address the water supply challenges in Isingiro, Mbarara, Masaka and the surrounding areas.

“We have had a long standing water challenge in the mentioned towns. Working with the Government of Uganda, Ministry of Water and Environment, Ministry of Finance and other development partners, we secured funding to implement the project. The detailed designs of the project are ongoing and work will start in August 2020 for a period of two years,” Eng Mugisha said.

He added that the corporation has secured more 70m Euros for a distribution network to various parts of the districts.

“The dual project, first of the kind will also provide water for production and agriculture using the same massive intake that will be sunk along river Kagera on the Uganda-Tanzania border. I caution the contractors to empathise with the people suffering in the dry corridor and deliver the project on time,” he said.

NWSC Corporation Secretary and Deputy Managing Director Board Affairs, Edith Kateete appreciated the support from the Government of, Ministry of Water and Environment and other stakeholders that have significantly contributed towards the success of the project.

Eng Alex Gisagara, the Director Enginering services at NWSC said the project is the first of the kind in water and sanitation infrastructure in Uganda.

“We are installing a massive intake along River Kagera to  abstract over 680 million litres of water per day. This is the first size of abstraction the corporation has ever attempted to do. We shall then pump water 70kms to Mbarara, provide water for agriculture, augment supply in Masaka among other benefits,” he shared.

The NWSC project engineer, Jackson Nimusiima shared that the project will benefit 1 million people; 300,000 in Isingiro, 350,0000 in Mbarara, 350,000 in Masaka and leave room for expansion.

Other project components include construction of a ground water treatment plant in Masaka and upgrading of Nabajuzi in Masaka  which will also address the quality of the water abstracted.

The same projects also includes a water treatment plant in Isingiro as well as supplying towns along the Isingiro-Mbarara-Masaka highway. Waste water systems will also be constructed in Mbarara and Masaka in line with the target to achieve 100% water coverage in the corridor by 2030.

The Project technical supervisor, Eng Phillipe Vullien (Suez) and the Project director, Arnaud Durand from BRL Ingeniere made a commitment to deliver the project and it’s components on time.

In a bid to achieve it’s water and sewerage services for all mantra, NWSC is working on parallel projects in Bushenyi, Gulu, Arua, Sembabule, Kumi-Ngora, Pallisa, Nakasongola, Nakaseke, Mbale, Adjumani, Busia, Kapchorwa, Katosi water works in Kampala among others. 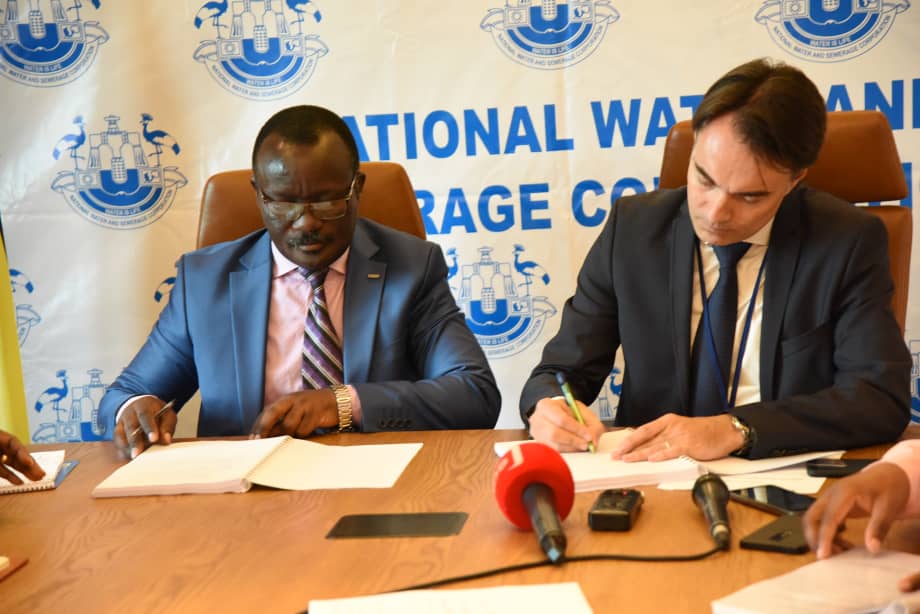