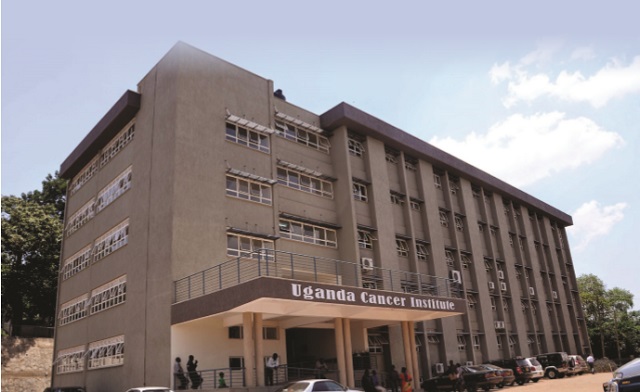 Kampala, Uganda | THE INDEPENDENT | Poor handling of tissue samples is affecting cancer diagnosis and treatment in the country, experts have revealed. Samples of fluid such as blood or tissue are often needed for cancer diagnosis.

According to pathologists, some of the samples are placed in wrong contains or even wrong reagents and preservatives are used. In some instances the samples are kept for long, which affects their viability.

This came up during the opening of a Regional Pathology Training Program at Uganda Cancer Institute. The program aims at equipping health officers with the necessary skills to diagnose cancer.

Dr. Susan Nabadda, a pathologist and Director of the National Health Laboratory and Diagnostic Services-NHLDS, says they often receive samples that are no longer viable for use.

Doctors at Uganda Cancer Institute note that many of the cancer patient received at the institute report late due to poor diagnosis.

It is estimated that at least four out of every ten cancer patients are misdiagnosed at the first health center they visit.

Dr. Victoria Walusansa, the Deputy Executive Director UCI, says the biggest challenge they face is lack of quality tests, adding that cancer is one of the most misdiagnosed diseases in the country.

“If we are to conquer cancer, pathology is important. But one of the most common road blocks that we face is lack of quality tests. Most of the tests that are presented at UCI have flows. Some are not conclusive and we end up repeating them,” she said.

Last year, the Kampala Cancer Registry recorded over 22,000 deaths in the country.

She says most health facilities collect samples poorly, which compromises the results.

Currently, only Mulago National Referral hospital, Mbarara Hospital and UCI have capacity to test body samples for cancer.  However, doctors note that the distances involved in transporting the samples from rural areas to one of the three laboratories in Kampala, exposes them to several risks.

Dr. Patrick Ogwok, the Principal Laboratory Technologist in Ministry of Health, says they are working towards increasing the number of internationally accredited laboratories to decrease the distance involved in transporting the samples for testing.

“Currently we have only 10 laboratories that can test for cancer. But most of these are private hospitals and require money. By the year 2020, we want to increase the number of laboratories to 25. Most of these will be government owned,” he said.

It is estimated by UCI that over 350 new cases out of every 100,000 people visit UCI every year. The most common cancers include cancer of the cervix, breast cancer, and Kaposi sarcoma, cancer of the stomach, lymphoma and liver cancer in women.

In males, prostate cancer, cancer of the esophagus, liver and lymphoma are the most common while leukemia, Burkitt’s lymphoma, kidney and sarcomas are most common in children.