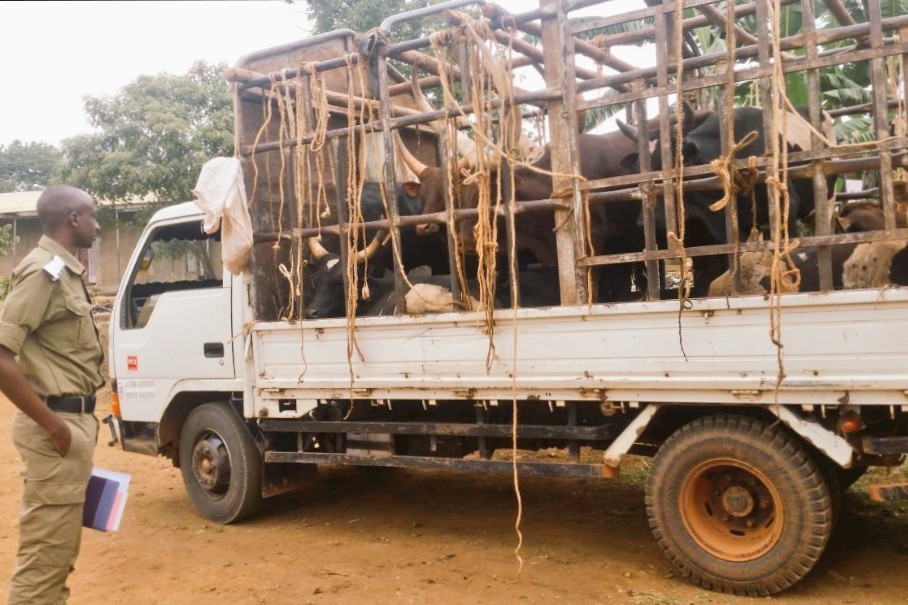 Police in Kiruhura district is holding two people including a UPDF soldier attached to Special Forces Command (SFC) for their alleged involvement in cattle theft.

The arrest followed the recovery by Police of 14 bulls from a farm of the UPDF soldier identified as Corporal Steven Mutyaba. The bulls are said to have been stolen from different people within the district.

According to the Rwizi regional police spokesperson, ASP Samson Kasasira, there has been a public outcry about missing cattle in the district since May 2018.

Kasasira told SoftPower News that on Thursday morning, Police mounted an operation during which some of the cattle were found at Corporal Mutyaba’s farm.

“There was a public outcry about the missing animals since last year in May. Today, there was an operation and some complainants have already identified their stolen animals,” Kasasira said.

However upon his arrest, the soldier said he is rarely at the farm since he works in Kampala, adding that it is possible that the manager of his farm has been engaged in the theft.

Mutyaba said at the farm, he deals in bull fattening.

He is always away in Kampala executing the State House assignments and the farm is supervised by the herdsman, he said..

Mutyaba said his herdsman identified as Steven Nyombe could have been staling people’s animals.

“I am always away, but I would send Nyombe some money to buy me more bulls since he is ever on ground. I think all along, he has been keeping the money and instead running to people’s farms to bring me problems,” Mutyaba said.

The Rwizi Police spokesperson told this news website that the mere fact that the animals were found on Mutyaba’s farm makes him an accomplice in the theft.

“The fact that these animals were found in his farm makes him equally a suspect, meaning that ignorance of the law has affected him” said Kasasira.

The two; Mutyaba and Nyombe were briefly held at Sanga town council and later transferred to Kiruhura Central Police Station. The cattle in question are also being impounded at the Police station in Kiruhura.

Kasasira says once investigations are completed, the two will be charged of animal theft. 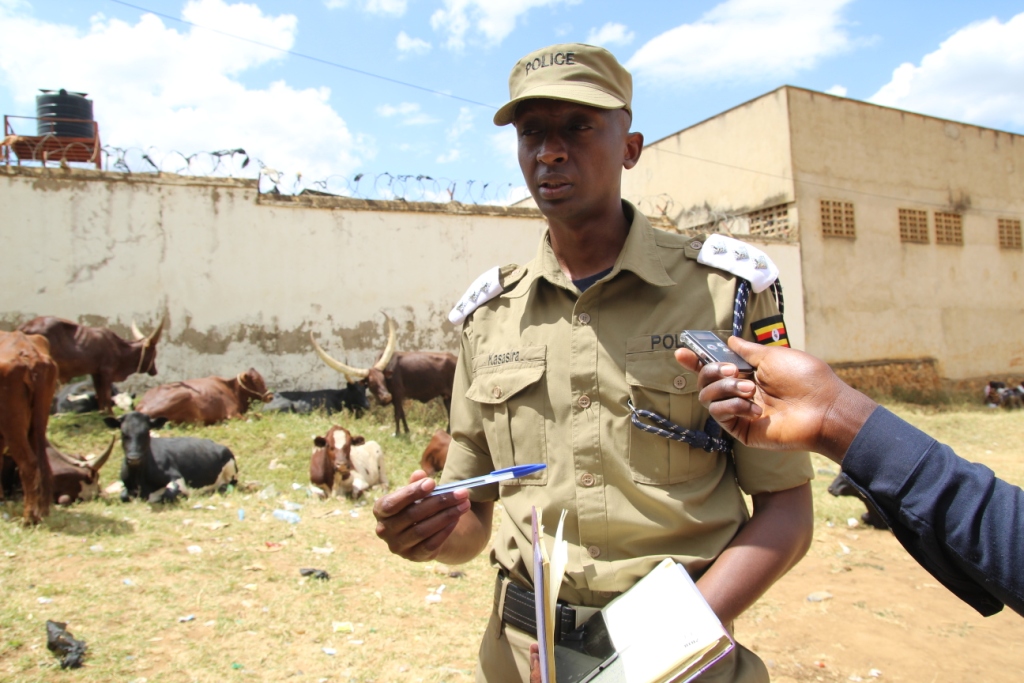