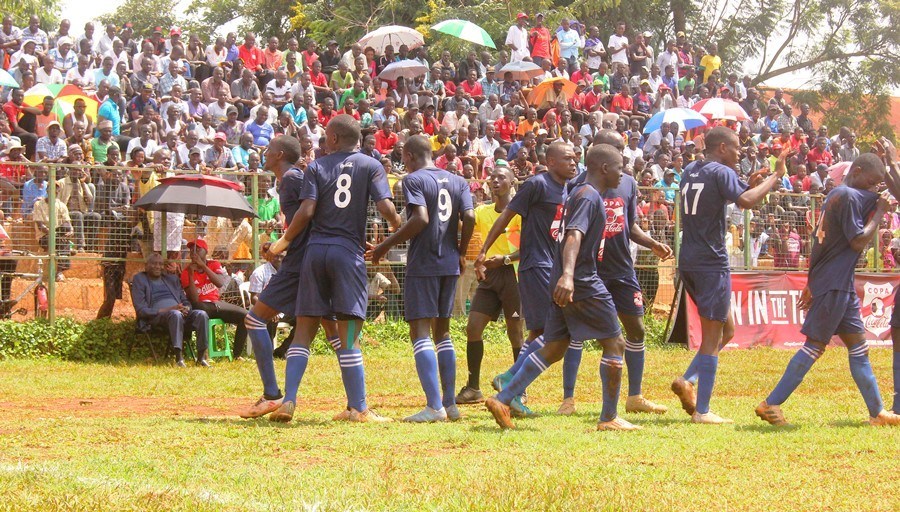 *All
matches will be played at Kakindu Stadium

To achieve the feat, SMASK
out-smarted St Henry’s Kitovu 2-0 in the second of the four quarter final
matches played at Kakindu Stadium on Thursday.

A goal in each half by Charles ‘Neymar’
Lwanga and Richard Basangwa inspired Joel Male’s coached side.

Lwanga easily tapped home the opener
following a goal melee on the half hour mark.

The game was also watched by the Hononary
FUFA President Lawrence Mulindwa (Dr) also the director of SMASK who was later
joined by the FUFA first vice president, Justus Mugisha, a director at Standard
High School, Zana.

Meanwhile, SMASK joined Buddo SS who had earlier qualified for the finals with a 2-0 result against Jinja Progressive Academy (JIPRA).

Meanwhile, the second and third
quarter final matches will be played on Thursday afternoon.

Jinja S.S will face Bulo Parents at
the 4 PM game.

The semi-finals will be played on Friday, 17th May 2019 before the long awaited finals on the subsequent day.

It is one game at a time. We are remaining with two games before we reach achieve our target of taking the trophy