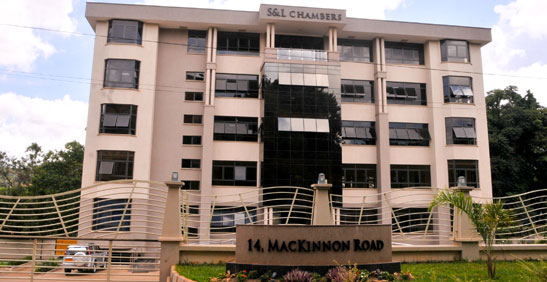 Following an April 29 ruling in which court ruled that
Sebalu & Lule Advocates were conflicted and not fit to represent Dfcu Bank
in a case against property magnate Sudhir Ruparelia, Bank of Uganda has
followed suit and kicked them out.

BoU has since appointed JB Byamugisha Advocates to
represent Crane Bank (in receivership) in a suit the businessman and his Meera
Investments brought up to among other things recover his properties currently
occupied by Dfcu Bank.

Dfcu took over the properties following the October
2016 BoU takeover of Crane Bank, subsequently putting it under receivership and
selling it to Dfcu in January 2017.

On April 30, Sudhir through his lawyers Kampala Associated
Advocates applied to the Commercial Court to dismiss a 2017 multi-billion case
that Crane Bank brought against him because they have no legal capacity to sue
or be sued as they were in receivership.

BoU through Crane Bank (in
receivership) sued Sudhir for allegedly syphoning Shs397b in fraudulent
transactions. Sudhir rubbished the allegations as false and counter-sued BoU,
seeking compensation of $8m (Shs28b) in damages for breach of contract.

It was also alleged that the
entire land where Crane Bank had branches was transferred to Meera Investments,
a company owned by Sudhir and then leased to Crane Bank and it now wants the
land back.

Sudhir’s lawyers argue that
Crane Bank cannot sue for “the recovery, transfer and return of freehold
property when the respondent is a non-citizen within the meaning of the law.”

The Constitution and Land Act
bar non-Ugandans from owning freehold property. The majority of Crane Bank
shares were owned by non-Ugandans. Sudhir in his affidavit stated that Rasik
Kantaria a Kenyan national took up 47% of the bank in 2010, later transferring
his shares to White Sapphire Ltd, a company incorporated in Mauritius. A
British citizen Jitendra Singhani owned 4% of the bank making it 51% foreign
owned.

In a questionable twist, BoU this week chose to grant
Dfcu another 24-months of occupancy on the properties that are before court!

BoU could not turn to AF Mpanga and MMAKS Advocates
who are conversant with the case as court ruled that they were also conflicted
last December.