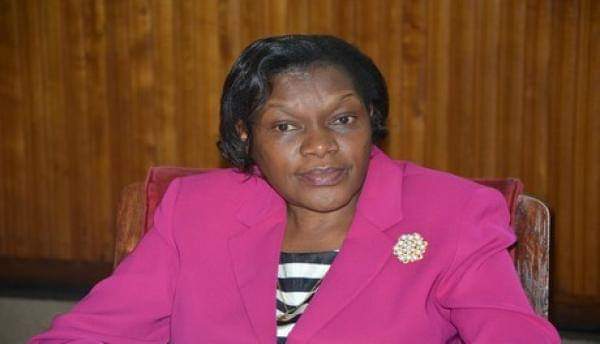 The Clerk to Parliament, Jane Kibirige has joined Parliament Commissioner in Charge of Finance and Planning, Peter Ogwang to defend the decision that was taken to pay Over the Top (OTT) services for iPads used by Members of Parliament.

In a press statement issued Thursday, Kibirige noted that the decision was taken following the need to enhance the spirit of digital transformation and of being a green and paperless legislature.

She gave a background alluding to a resolution passed  by Parliament in 2014 to provide MPs with iPads so as to facilitate their connectivity regardless of their connection “as part of Parliament’s bid to bring the institution closer to the people”.

The Clerk explained that Parliament previously had a two year contract with internet service providers for the iPads connectivity to provide 2GB of internet bundle per month at Shs 20,000 to each MP that expires at the end of May 2019.

“However, due to the introduction of the OTT tax, many internets sites previously accessible to MPs were out of reach on the bundles given to them,” she said in the statement.

“The affected social media sites are instrumental in the social media presence for both the institution and its members and in bridging the gap with the public,” added Kibirige.

She said the legislators have also been using the affected sites to access information crucial to their research and day-to-day communication activities at Parliament.

Parliament has gone paperless and now uses internet to distribute all documents to MPs for the Committee work and even in plenary, the Clerk to Parliament further noted.

“On that premise, Parliament factored in including OTT tax into the internet bundle package for the MPs in the preceding contract so that they are able to access the social media sites,” Kibirige said.

She added that in the re-negotiated package, MPs will be able to access 5GB internet bundle per month at Shs30, 000 inclusive of OTT tax.

“It is important to note that the OTT tax and bundles facilitated by Parliament are for the Parliament iPads/computer tablets and not the individual gadgets of the Members of Parliament,” Kibirige explained.

However, while addressing the media on Thursday, the Speaker of Parliament Rebecca Kadaga who doubles as the head of the Commission which approved the decision noted that she wasn’t aware of the contract that was signed with MTN Uganda and was to commission an inquiry into it.

Kadaga said she disagrees with the decision of tax payers paying OTT tax for the legislators noting that if the contract ever exists, it needs to be investigated.