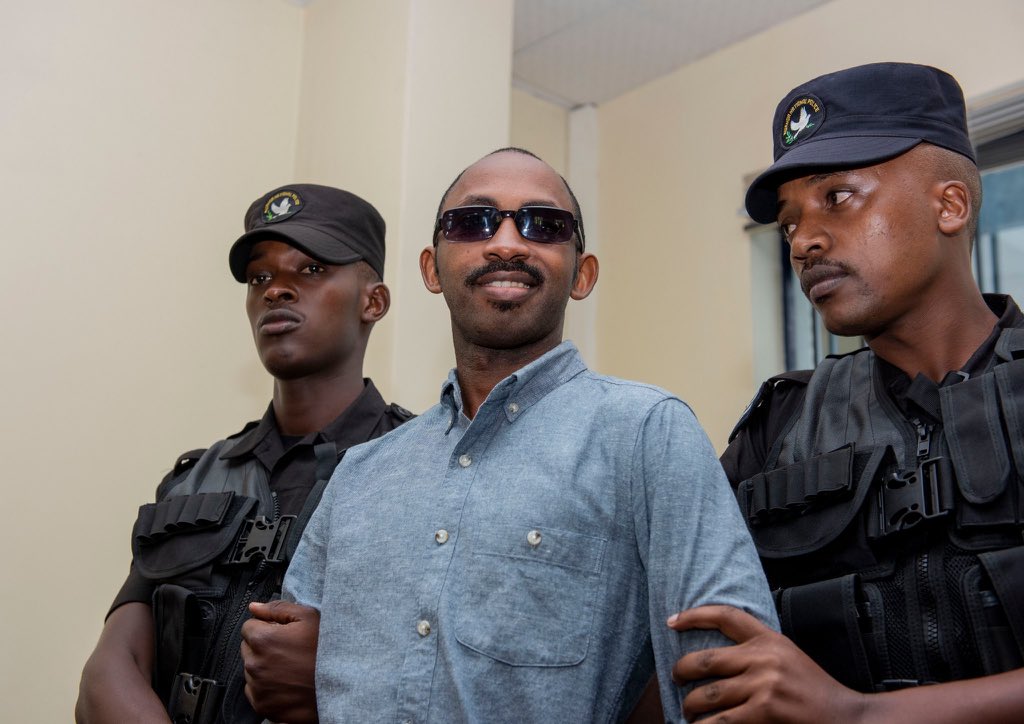 Spokesperson of Rwandan rebel group, National Liberation Force (NLF) Nsabimana Calixte alias Sankara who was repatriated to Rwanda at the end of last month has Friday been paraded before the press in Kigali.

Sankara was arrested in April at Ibrahim Airport in Comoros and later repatriated to Rwanda.

He was wanted over several offences committed on Rwandan territory, including formation of an irregular armed group, complicity in committing terrorist acts, conspiracy and incitement to commit terrorist acts, taking persons hostage, murder, and looting.

On Friday, he was driven in a van to the compound of Rwanda Investigation Bureau (RIB) headquarters in Kimihurura where several news reporters waited.

He was handcuffed and escorted by Police officers who stood side by side holding his arms.

Sankara wore a blue shirt with grey pants and had sunglasses on. He occasionally smiled as the press took photos of him. He did not say a word. After a short while, the suspect was again led to the waiting van which them drove off.

Later, the Spokesman of Rwanda Investigation Bureau, Modeste Mbabazi who addressed reporters issued a stern caution to elements intending to distabilize Rwanda that “no place is too far when it comes to seeking Justice”

“Let anyone who wants to destabilize the peace that is enjoyed by Rwandans know that where you may be, you will be brought to book,” Mbabazi said.

He also said that authorities will at a later stage allow families  and friends to visit Sankara where he is being detained. This is because of the nature of the crimes that Sankara faces, Mbabazi said.

“Terrorism crimes have a specific law because they fall in a special category. Right now, he is still under investigation but in the future, there may be opportunities for those interested in visiting him to do so,” he said.

Moise Nkundabarashi, the lawyer of the suspect said Sankara was in good health and getting access to whatever he needs in detention.

“My client is being detained lawfully. Every suspect has a right to seek medical attention. He is healthy and getting everything that he needs and as of today, he has not had any sickness,” he said.

Prior to his arrest, Sankara used several social media platforms to claim he had been engaging soldiers from Rwanda Defense Forces in a fight in Nyugwe Forest, a mountain rainforest area that is home to wild chimpanzees in the south of the country.

National Liberation Force is a military wing of Rwandan Movement for Democratic Change (RMDC) led by an affluent humanitarian Paul Rusesabagina who is deputized by Nsabimana. 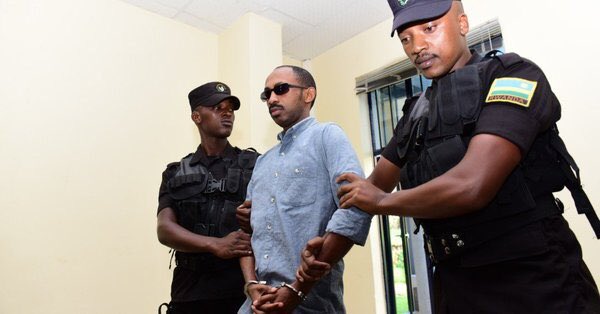