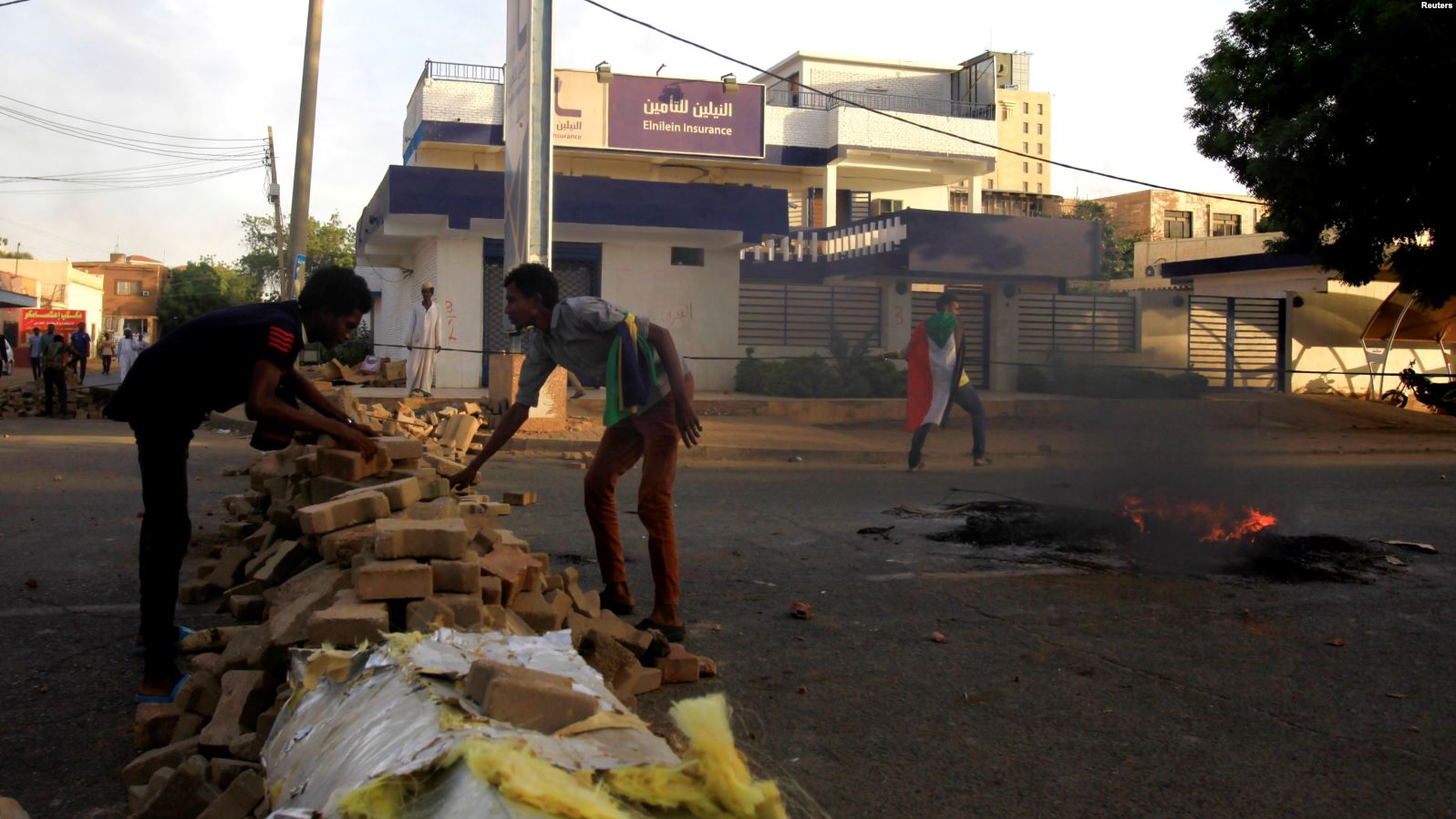 Arguments, shouting matches, and physical tussles broke out late Wednesday among Sudanese protesters over the positioning of barricades surrounding a sit-in in the capital Khartoum, where thousands of demonstrators have camped since April 6.

The barricades, built from rock and twisted metal, protect the sit-in, which is intended to pressure the leaders of a military coup that ousted long-time dictator Omar al-Bashir on April 11.

The protesters have been demanding coup-leaders, known as the Transitional Military Council, hand over power to a civilian government.

But now the barriers have become the source of disagreement among the protesters and a target of violence.

On Monday night, 77 people were shot at the barricades — with four deaths, doctors said.

Protest leaders blamed Rapid Support Forces, a government-backed militia, for the violence.On Wednesday, eight people were wounded when RSF soldiers sprayed bullets at youth who refused to take down their barricades, protesters and a doctor said.

Also Wednesday, the Sudan Professionals Association, which leads the protest, ordered barricades pulled back to the original limits of the sit-in on April 6 in hopes of preventing further violence.

During the past week, the barricades had pushed west along major streets in downtown Khartoum, approaching the Presidential Palace and closing traffic on two major bridges over the Nile River.

Not all protesters agree with the order to pull back and give up ground, leading to what appears to be the first major disagreement within the months-long protest movement.

“They keep asking us to remove one barricade after another, and eventually it’ll reach the sit-in. These people shot at us earlier today. I haven’t even broken my [Ramadan] fast today protecting this barricade,” said 19-year-old Salah Jelani, who worked at an ice factory before joining the protesters at a barricade near Mek Nir Street.

“Why don’t we just let them in if we’re going to remove road blocks?” he asked. “That way they can come all the way in and kill us all and the Bashir regime can come back and take power.”

Jelani said the roadblocks were especially important because Sudan’s army, which protected protesters against attacks by Bashir loyalists last month, would not intervene during the past week, when the RSF attacked.

“We stand with the SPA. We’re not against what they say,” he said. “But those barricades, we want them because when we were being attacked and went to the army for help, they said they needed orders to intervene. So we need those barricades.”

This week’s violence overshadowed what appeared to be progress in talks between Sudan’s ruling Transitional Military Council and protest leaders over formation of a government.

Wednesday, the Military Council put the negotiations on indefinite hold. The two sides are at odds over whether civilians or the military should dominate the next government before fresh elections in three years.

Further up the street, Iman Karoom, a mechanical engineer, said he understands his comrades’ concerns.

“These people have seen their brothers standing with them this morning get shot, so it’s natural to be against the roadblocks being removed,” he said.

But Karoom also expressed confidence that backing down was the right decision.

Karoom added the bigger problem was the RSF militia, which has a reputation for indiscipline and is accused of committing mass atrocities in Sudan’s Darfur region.

They need to be reformed from the core if they’re going to be among us,” he said. “If not, then move them to the borders where they don’t get to interact with the general public.”

Ahmed Ali Habok, a communications engineer, voiced another reason for removing the roadblocks.

“It’s a good idea for the ones on Mek Nimr Street to be taken down, because Mek Nimr Street provides access to the hospital,” he said. “I’ve got family that needs to use it for the hospital. The barricades are not being taken down completely, but these have been removed for people to be able to move.”

Despite the opposition, most barricades beyond the April 6 limits had been dismantled by early Thursday. But protesters warned they could put them back up just as quickly if needed.