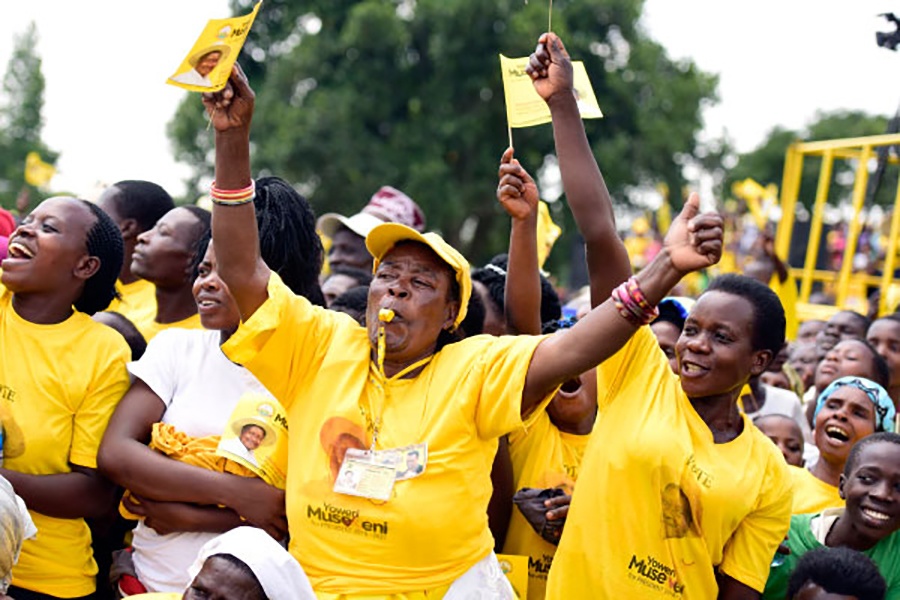 On 10th May, 2019, the head of government business Ruhakana Rugunda launched the 2019 NRM manifesto week where he made a revelation that the NRM is ahead of its manifesto in all aspects including the fight against corruption, roads, electricity generation and job creation with barely three years of its current five-year mandate.

He said that the assessment of the implementation of the manifesto commitments currently stands at 62% and that they’re sure that at this momentum, they are sure about hitting the targets in their manifesto.

Different government agencies, ministries, departments and districts have starting this week on Sunday 12th, May 2019 been explaining to the public what they have achieved in the three years since 2016 at the start of President Museveni and the NRM’s fifth term at the helm.

Prime Minister Ruhakana Rugunda tipped journalists on some of the achievements they’ve reached upon in the three years which included electricity, revamping the defunct Uganda Airlines, Social Development, Education, Job creation, Agriculture among others.

But what is the NRM’s actual score card in the three years since their fifth manifesto and is the 62% implementation commitment achievement factual?

While appearing on the NBS Frontline yesterday, Thursday evening, Niwagaba related this to a person who’s only trying to blow their own trumpet if no one is blowing it for them.

” It is good to blow your own trumpet if no one is and that is what NRM is doing. If you’re giving yourself 62% and we get to know where the 62% is coming from in terms of funding; Exim Bank and what interest rate Ugandans are paying. I think this the next financial year, we will pay almost 10.6 trillion as both domestic and external rate,” Niwagaba said.

He added; “If you went on the issue of electricity, how many Ugandans are connected to the National grid and what is the price? We pay the highest in the whole region and you’re talking about electricity?,” Niwagaba seemed to pose.

In what seemed as a way of re echoing Prime Minister’s Ruhakana Rugunda’s words, State Minister for housing Chris Baryomunsi said that if you want to outline some of the achievements like the area of infrastructure which takes a big chuck of the National budget, a number of roads are being done among other achievements.

” As you might have heard in the press conference by the Prime Minister, we have a desk week that monitors and assesses the implementation and currently the estimate is that 62% has been achieved. A number of roads are being done, electricity is being extended, the Bridge, you saw the aeroplanes arriving, you have seen Isimba Dam being commissioned, Karuma is nearing completion, a number of ferries have been commissioned, huge women hospital in Mulago which we commissioned, the long awaited Kamuli Road is also under construction and the President is commissioning factories almost everyday. You can see the vibrance and things are moving,” Hon. Chris Baryomunsi asserted.

He also said that, by the end of the 5th year, the NRM will have achieved over 95% of what they promised in 2016 because their manifesto had achievable targets.

Asked to comment about the Apaa land where the government has had challenges over the past few weeks, Baryomunsi said that land has always been a big issue in the country but government is handling it very well.

” The land question is a real one in Uganda and that’s why you saw that the President appointed a review commission headed by Catherine Bamugemereire and I am sure that you can appreciate the work she’s doing.”

He says that the NRM manifesto also addressed the land problem and the government has worked on that as well by giving out a number of land titles for instance to the people in Kibaale.

” You may want to hide and pretend that you don’t see but we are working,” the minister exclaimed.

Frontliner and DP Party chairman in his speech, said that for him he believes that the NRM regime has never had any democracy in their DNA and that he is only entangled in the colonial boarders of this country but would have left in case he had a choice.

He added that for a country to leap forward, its not based on the tarmac roads and electricity.

” The problem of Uganda is the intangibles, A young man was shot by thugs in Lungujja, last week it was a Police officer, shot in Mbale. These things are creeping in because there is a feeling of a free for all,”

He says that its not enough to talk about the bombardiers which would have been an icing on a cake.

” The IGG applied to move to the Court of Appeal saying to her self that its better to sit there than being appointed to fight corruption then another group is also there to over rule her with the full backing of the appointment authority.,”

” It is not enough to talk about Bombardiers, that is the icing. You can have cake with out icing but its weird to have icing without cake. The cake in Uganda is the political question,” Mao claimed.

Government spokesman, Ofwono Opondo said that whether you give the government a lower percentage, Ugandans will continue not to vote certain political players like Nobert Mao and Salam Musumba saying that they’re seen as people who are jot honest with themselves.

On the issue of the unemployed youth, Ofwono Opondo said that its true the unemployment rate might have been high, but the fact that factories have been created perhaps there is a decrease from 78% to 69% and so there is a reduction.

“There is a misconception that its better to go out in the Middle East to work than staying here and work. We cannot fight this quickly.”

He however admitted that there has indeed been some delays in implementation of government programs but he says that the successes registered as the NRM might have endangered the neo challenges.

He advised the opposition figures who are doubting the 62% implementation figure to make their research and come up with their own figures.