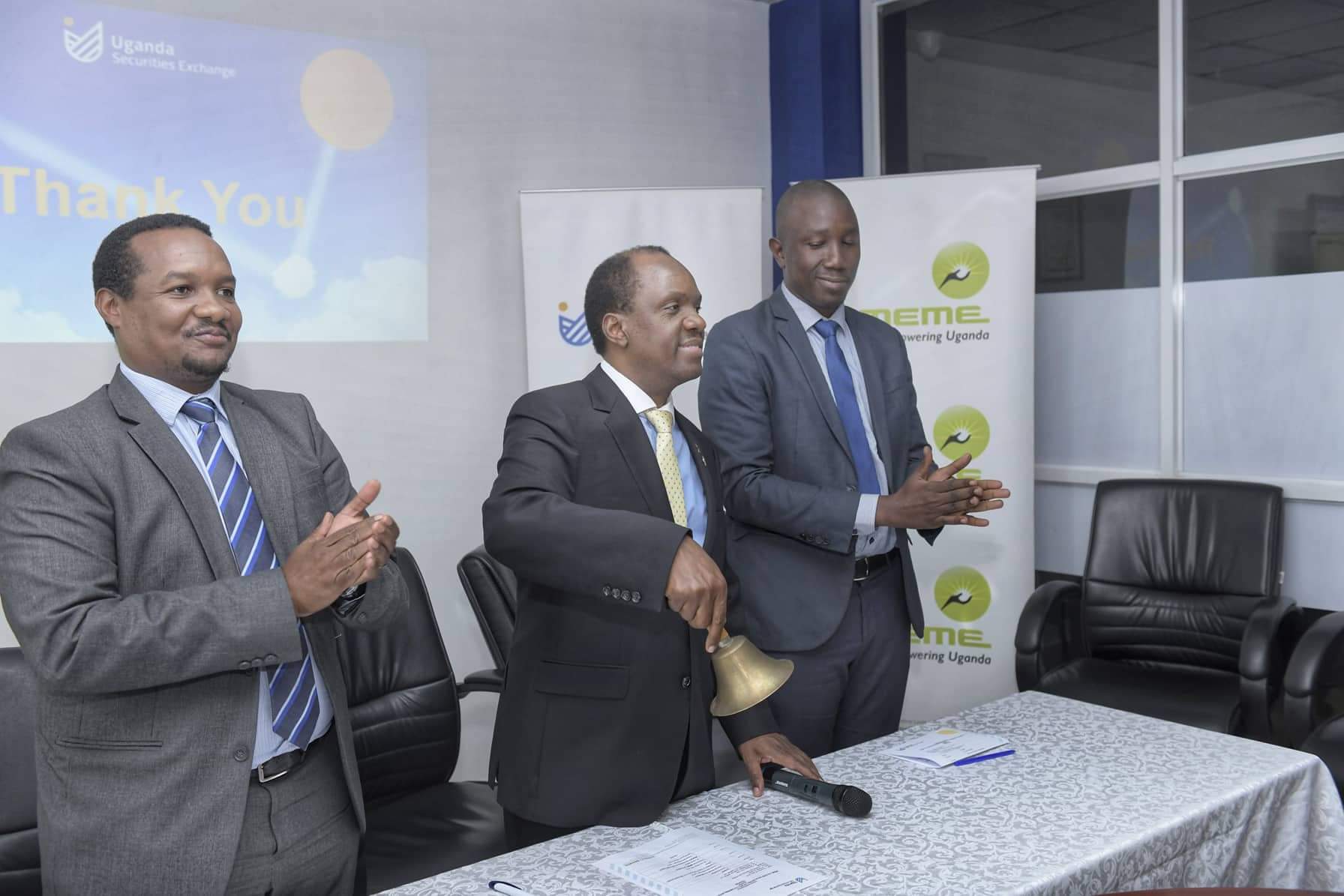 Umeme contributed up to 54 percent of the over 800 percent growth in trading volumes at the Uganda Securities Exchange (USE) in April after it generated Shs 19.4bn of the total Shs 28.4bn worth of traded volumes last month.

Umeme Board Chairman, Patrick Bitature was thus accorded an opportunity to ring the trading bell at USE on Thursday.

The market was dominated by Umeme, Bank of Baroda and Stanbic Bank respectively in the month of April.

Speaking at the USE inaugural “Bell Ringing” monthly event aimed at sharing the market performance with the public, USE Chief Executive Officer, Paul Bwisho noted that this year, the trade has already registered general improvements notwithstanding other fundamentals.

“Year on year, we are already at 76% from last year’s close and Umeme has generally dominated the volumes,” Bwisho said.

Speaking on behalf of the dominating company, Bitature said that, “It is important that we grow our markets to be able to transform our economy and society so that our government can collect more taxes for debt.”

He said that to make it affordable and to connect more people quickly, Umeme has re-strategized their rule of the game to boost the access agenda.

“The rule of the game has to change for us to be able to support government aggressive and ambitious access agenda. We are trying to invest ahead of the curve to be able to deliver effectively. We have to be efficient, using technology and customer centric,” Bitature explained.

He added that, “We are trying to change several things so that the country can move much faster than the previous 14 years. We need to save from small to medium size, to invest well. We got to break this sentimental thing. When we do well like we did last year, we should be able to receive capital gains in term of share price rise.”