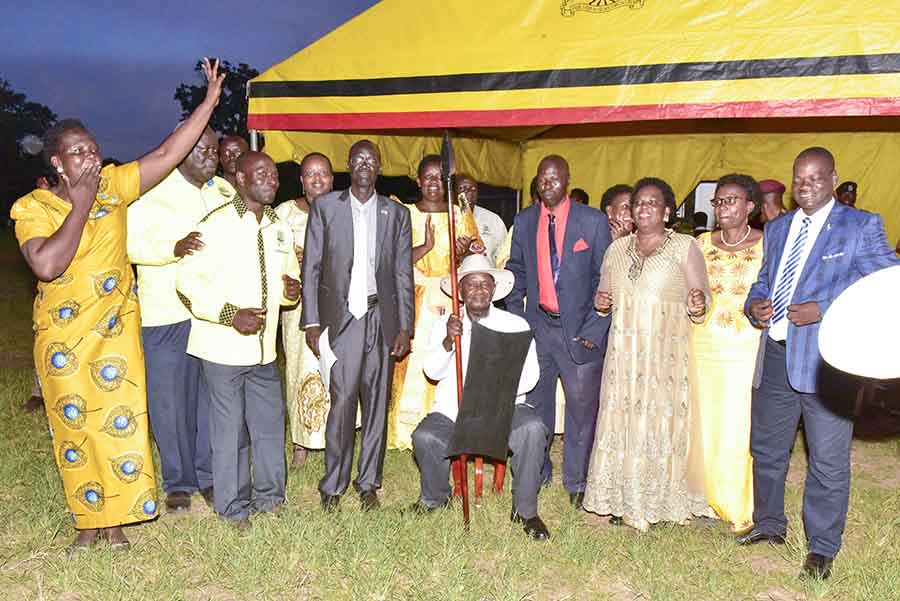 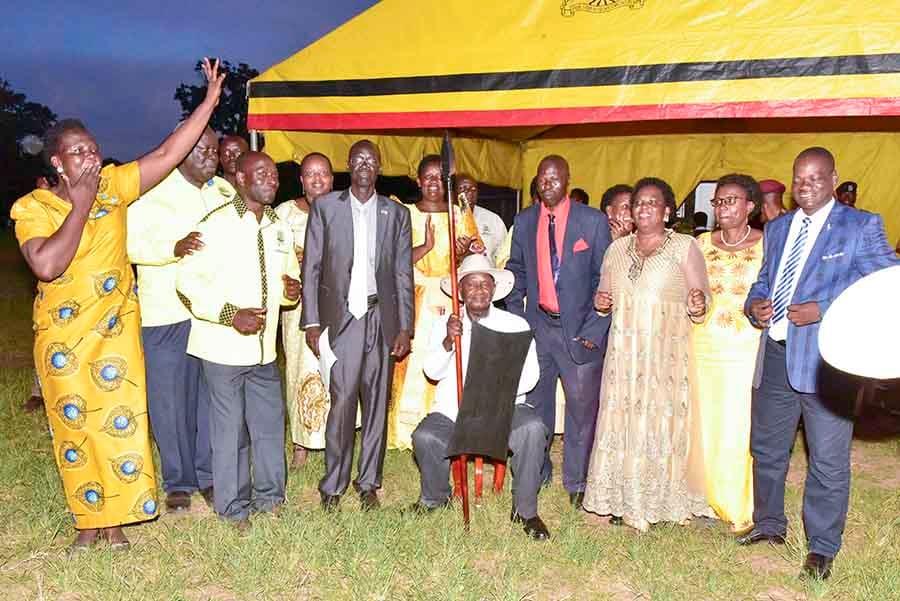 Uganda peoples Congress leaders and those of the Forum for Democratic Change yesterday resolved to endorse President Yoweri Museveni as the sole candidate for the 2021 Presidential election.

The leaders argued that while they don’t belong to the NRM party, they agree with Museveni’s development agenda especially infrastructure development, peace and development.

He was seconded by Hon. Okello Onac (UPC) the LCV chairman for Kwania district, Ogutu Brian the LCV Councillor and Chairman FDC in Oyam, Ouma Celestine the UPC LC1 councilor and secretary for Finance and administration in Oyam district and Masor Bashir, the male workers’ councillor.

They later Presented to him a shield, spear and a stool to symbolise power.

Museveni is in Lango region as part of his national tours to promote the jobs and wealth creation campaign through zonal meetings. The President is due to hold a rally in Lira and later address the nation at a press conference.