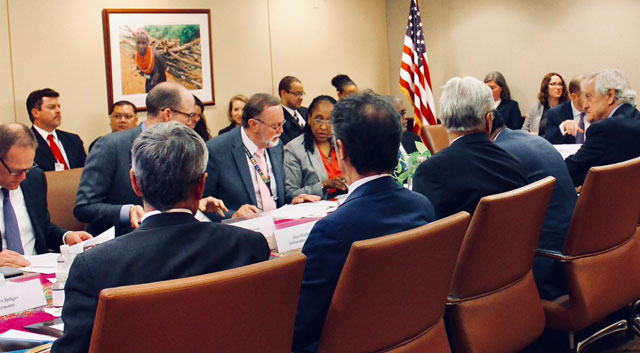 Representatives from the UN, African Union and European powers “called for an immediate resumption of talks” between the two sides, tweeted Tibor Nagy, the US assistant secretary of state for Africa.

” We also discussed ways to support a civilian-led interim govt in the future to implement the political and economic reforms and institution building needed for a stable transitional period leading to free and  fair elections in Sudan, and to facilitate economic growth and prosperity,” he said.

Nagy emphasized US respect for the leadership of the African Union and full support of the AU’s efforts in line with its April 30 Peace and Security Council Communiqué, including the June 30 final deadline for a transition to a civilian-led government

” We and our partners welcomed the recent agreements between the TMC and FFC on new governing institutions, called for an immediate resumption of talks and discussed ways to support the standing up of a civilian-led government,” he added.

The post US urges immediate resumption of Sudan talks appeared first on The Independent Uganda:.