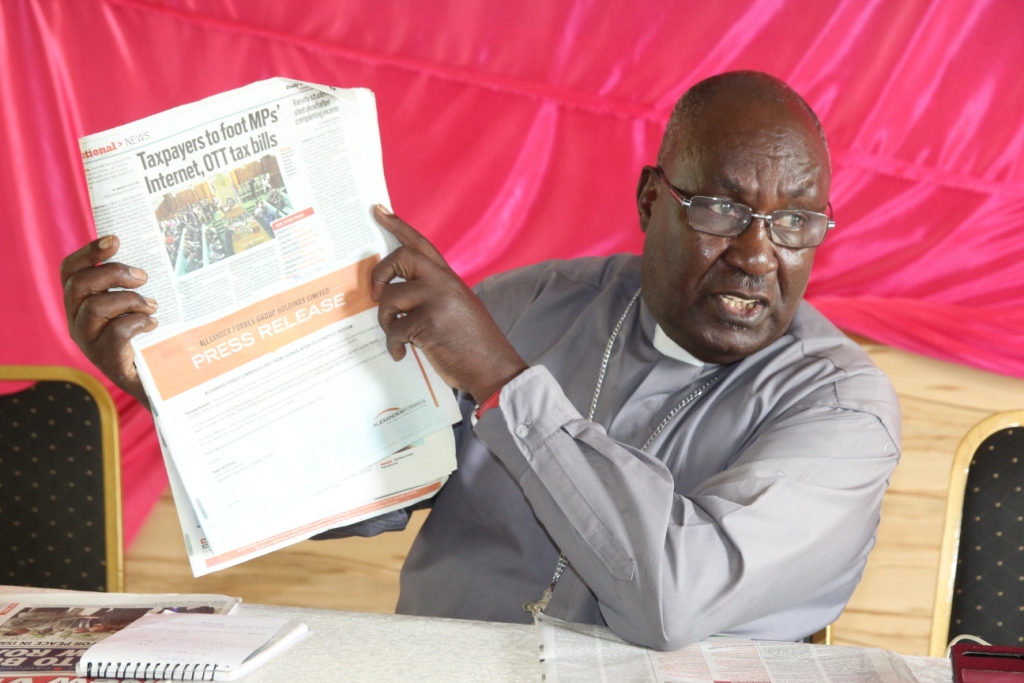 Outspoken cleric and parish priest of Kitanga catholic parish in Kabale diocese, Fr Gaetano Batanyenda has labeled Members of Parliament as greedy, selfish and oppressive the following the decision to have tax payers pay for internet services and OTT tax for MPs’ iPads.

Fr Gaetano said it is extremely unfortunate and inhumane on the part of MPs to demand that ordinary citizens should foot these bills. He says it is unfair and uncouth.

“Can you imagine? A Member of Parliament who can’t pay Shs 200, yet their father and mother can afford it, is good for nothing. He’s as good as a dead one. If members of the NRM Caucus pass this, they should be killed politically,” Fr Gaetano cleric told reporters at a news conference in Mbarara on Friday.

“My strong advice to MPs is if you are Patriots, if you love Uganda, if you love Museveni, and love yourselves, reject this proposal outrightly”.

Gaetano, a strong critic of President Yoweri Museveni appealed to religious leaders of all faiths, civil society, and Ugandans of good will to advocate on behalf of what he called the poor and unsuspecting Ugandans.

“It is us to save them. They are blind, we are their eyes. It is our duty including you journalists to educate our people,” he said.

He reminded voters watch these developments closely so they can make informed choices in the coming 2021 Parliamentary elections.

“I’ve talked to some MPs. Many of them including those in NRM say they are waiting for the issue to come to the floor of Parliament and they will oppose it,” he said.

According to Fr Gaetano, Ugandans are already shouldering a lot of costs to the benefit of legislators, including burial expenses totaling to Shs 60m when an MP loses a relativesm.

“Eventually, they will say we should pay for the air they breathe, the food they eat. So where shall we end?” he wondered.

On Thursday, the Parliament Commission confirmed that telecom giant, MTN Uganda had been contracted to provide monthly data packages to over 460 members of parliament on their iPads.

The bidding notice indicated that MTN will provide a 5GB monthly bundle at Shs 30, 000 and Shs 6,000 OTT tax for each MP’s device per month meaning that Parliament will spend Shs 36,000 for each MP per month.

In the wake of the deal between MTN Uganda and Parliament, the House has received strong criticism from the public accusing them of being self centered. Many have come out to question the rationale of legislators approving a tax that they themselves could not afford  to pay.