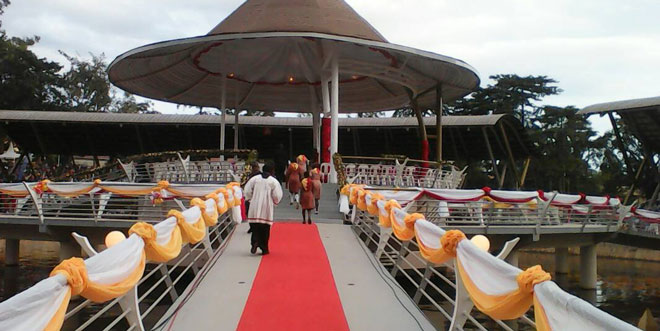 Kampala, Uganda | THE INDEPENDENT | The Uganda Martyrs Catholic Secretariat at Namugongo has decided to carry out tests on the quality of the holy water.

Many pilgrims who flock Namugongo to celebrate the Martyr’s Day fetch water from the man-made lake. They have often given testimonies that the water heals them of various ailments. As a norm, pilgrims scamper with jerry cans to get a share of the water after the day’s service.

A recent study conducted by the Department of Biochemistry Makerere University indicated that the ‘Holy Water’ contains pathogenic micro -organisms such as E. coli, and Coliforms, a type of bacteria known to cause diarrhoea, urinary tract infections, respiratory illness and pneumonia, abdominal pain, and fever.

He adds that samples have already been taken by a team of experts from National Water and Sewerage Cooperation-NWSC.

NWSC spokesperson Samuel Apedel confirms that they have picked samples and they currently being subjected to different tests.

Fr Lubega adds that over time they have been advising Christians to first boil or treat the water before drinking it, in vain.

The rector is optimistic that after running the samples, NWSC will help them treat the water to ensure that it is clean and safe for consumption.  In the recent years, the church has tried to innovate treated, branded and bottled water from the Uganda Martyrs lake but the faithful have failed to adapt to this as they prefer drawing their own water in jerrycans which they take to their respective homes at the end of the celebrations.